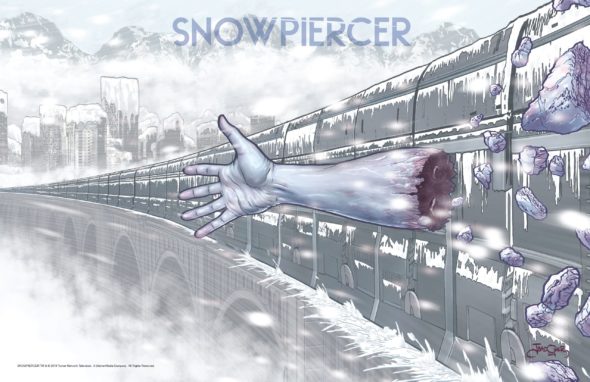 Snowpiercer is staying at TNT. A plan to move the series to TBS has been dropped, and the series will premiere on TNT in spring 2020. An exact premiere date has not been released yet. The series already has a two-season commitment without airing a single episode.

Snowpiercer tells the story of what is left of humanity after the world has frozen over. It is set seven years after the events that caused that. The series focuses on the inhabitants of 1,001 car train that is traveling the globe. Jennifer Connelly stars in the new series. The cast also includes Daveed Diggs, Alison Wright, Mickey Sumner, Susan Park, Iddo Goldberg, Katie McGuinness, Lena Hall, Annalise Basso, Sam Otto, Roberto Urbina, Sheila Vand, and Jaylin Fletcher.

This decision is only the latest hurdle in the series’ journey to television. Snowpiercer has been in development since 2015. It was ordered to series in 2018, and the series has seen showrunner and director changes already.

Kevin Reilly, the man in charge of TNT and TBS, spoke about the decision to keep Snowpiercer on TNT. He said the following, per Variety:

“We’ve had the unique opportunity to more thoroughly test and explore where this show will best perform. While we are still adding dramas to TBS (such as ‘Obliterated’), after further research and consideration we’ve decided to keep ‘Snowpiercer’ on TNT. Now that we’ve seen this incredible post-apocalyptic sci-fi series in its entirety, and better understand the audience this show will appeal to, we’re confident it will perform strongest on TNT.”

Snowpiercer will have a panel at New York Comic Con on Saturday, October 5 at 12pm. Fans can stop by to learn more about the series at a booth open daily, starting today. Fans will also see new artwork for the series on posters available at the booth.

What do you think? Will you check out Snowpiercer? 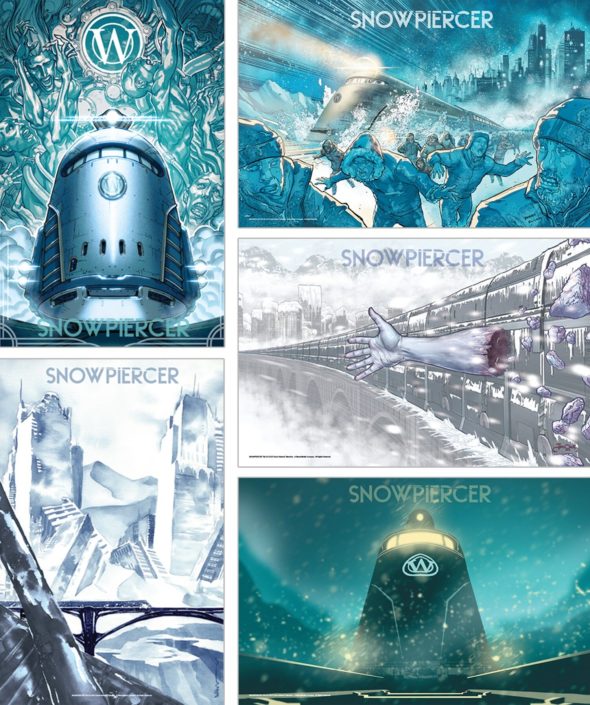 Hope this will be as good as the movie..

What The Falcon
Reply to  TiPi

Agreed, what a great film that was

I’m waiting anxiously for it

What The Falcon
Reply to  Frank Laki

No need to be anxious, it’s just a show