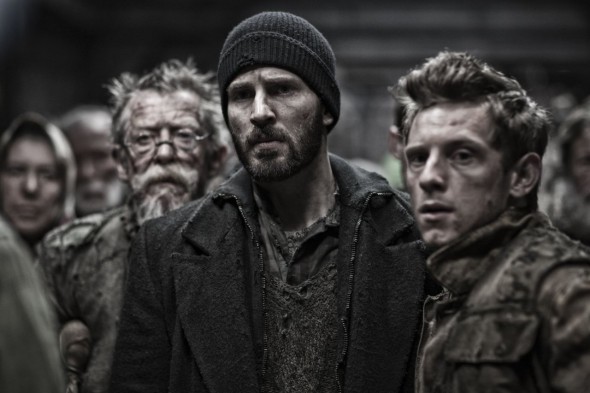 Netflix is coming along for the ride. This week, the streaming service announced they’ve acquired the international rights to the upcoming Snowpiercer TV show.

Based on the 2013 film, the series “centers on the remnants of humanity, who inhabit a gigantic, perpetually-moving train that circles the globe. Class warfare, social injustice and the politics of survival are questioned in this riveting television adaptation.”

Snowpiercer is set to debut on TNT in the U.S. and on Netflix globally in 2019.

Netflix has boarded all-new futuristic action thriller Snowpiercer. Through a deal with ITV Studios Global Entertainment, Netflix will premiere the series co-produced by Tomorrow Studios and Studio T to its members globally outside of the U.S. and China in 2019.

Details regarding Snowpiercer are below:

Set seven years after the world has become a frozen wasteland, Snowpiercer centers on the remnants of humanity, who inhabit a gigantic, perpetually-moving train that circles the globe. Class warfare, social injustice and the politics of survival are questioned in this riveting television adaptation. The series is based on the acclaimed movie of the same name.

James Hawes will serve as director and co-executive producer.

The series will debut on TNT in the U.S.”

What do you think? Are you a fan of the Snowpiercer film? Will you watch the TV show?

When I saw the movie the first time, I thought it went “too fast” and was difficult to “keep up with”. The second time I watched it, I understood the story better, but still wanted MORE back story.
To make a tv show of this “concept” makes more “sense”, and I look forward To watch the story and characters “develop”.
So I will definitely be watching!
🙂

Initially, it’s not a movie but a french comics.

Of course I will watch! The original Snowpiercer was an exciting and unique concept of a post apocalyptic future whereas most futures look desolate and barren due to drought or scorching temperatures. The show will be a smash hit. Netflix is very smart for coming on board