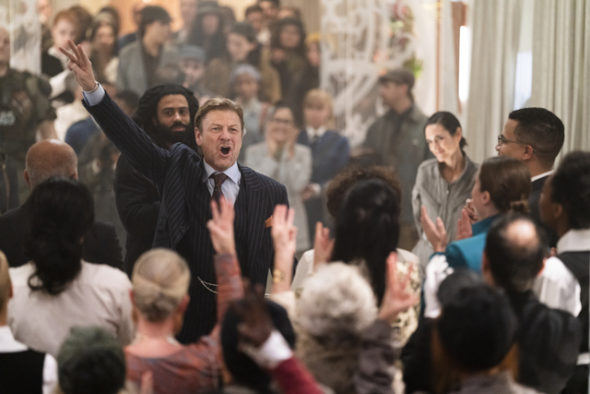 Who will come out ahead in the second season of the Snowpiercer TV show on TNT? As we all know, the Nielsen ratings typically play a big role in determining whether a TV show like Snowpiercer is cancelled or renewed for season three. Unfortunately, most of us do not live in Nielsen households. Because many viewers feel frustration when their viewing habits and opinions aren’t considered, we invite you to rate all of the second season episodes of Snowpiercer here.

A TNT post-apocalyptic science-fiction thriller series, Snowpiercer stars Jennifer Connelly, Daveed Diggs, Sean Bean, Rowan Blanchard, Alison Wright, Mickey Sumner, Iddo Goldberg, Katie McGuinness, Lena Hall, Annalise Basso, Sam Otto, Roberto Urbina, Sheila Vand, and Steven Ogg. Set more than seven years after the world has become a frozen wasteland, the series centers on the remnants of humanity who inhabit a perpetually moving train, Snowpiercer, that circles the globe with 1,001 cars. Snowpiercer’s formidable and powerful Head of Hospitality is Melanie Cavill (Connelly) while Andre Layton (Diggs) is the world’s only surviving homicide detective and the one who leads those locked in the train’s “Tail”. There’s a revolution and Layton emerges as the survivors’ new leader. In season two, an entirely new power struggle emerges, causing a dangerous rift as people are divided between their loyalty to Layton and to Mr. Wilford (Bean), who has a new train, new technology, and a game plan that keeps everyone guessing.

What do you think? Which season two episodes of the Snowpiercer TV series do you rate as wonderful, terrible, or somewhere between? Are you glad that Snowpiercer has been renewed for a third season on TNT? Don’t forget to vote, and share your thoughts, below.

Snow piercer is a great show, it had my attention from the beginning to the end of season 2. Now I am waiting for season 3, it did have me wondering if they was going to be able to save Melanie, but sad to say they got there to late. But waiting for for Season 3.