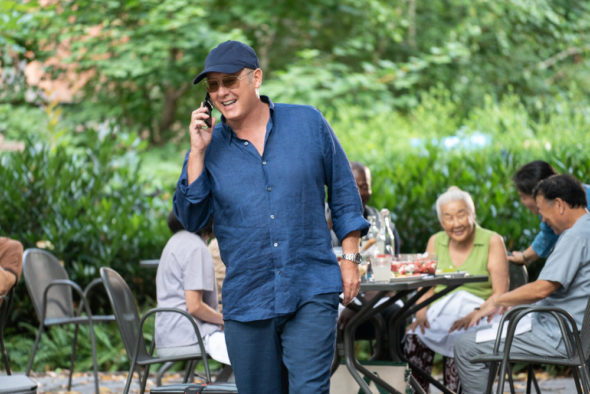 Love Red(James Spader), Demba and sometimes Elizabeth but I love this show and I look forward to the Blacklist every season.

The best show on tv in a Long time! Don’t ditch a good thing!

ONE OF THE BEST SHOWS. Keeps me on my toes every time THANK YOU NBC

You are so correct
Hope they don’t screw it up

James Spader and good writers are my everything!!!

Great show. Long may it continue

This series (hands down), has become one, if not, my All-Time fave series. GOT’s ending disappointed me & it seemed they rushed it just so they can finish the darn thing. I was in total disbelief. Well, I’m not here to throw out a beef. Lol! On the other hand, this baby (The Blacklist) hasn’t disappointed me…AT ALL. I might’ve started a couple of years late on this show but, once I started. Yes! All the way from the beginning. (Don’t you just love the internet? ), I just couldn’t stop. I never knew binge watching till this show. Lol!… Read more »

I LOVE this show!! I James Spader is JUST THE BEST!! & Megan Boone also!! I also hope Ryan Eggold comes back too!! I can’t wait for this show to come back on!!

Love, love, love Blacklist and all the actors. James Spader is the best along with Dembe..I miss Samar’s characters – she was great so I hope she comes back. I am glad that Elizabeth is still there too. Great show and I hope it continues for a few more years!!

Please bring this one back.

This is one of my favorite shows, please, please bring it back.

One of my favorite shows and I only have 2 at this time. Keep it going!

There are two shows I enjoy and Blacklist is one of them .. don’t stop a good show… let’s have at least a few more seasons of this great show that leaves you on the edge of your seat !!!