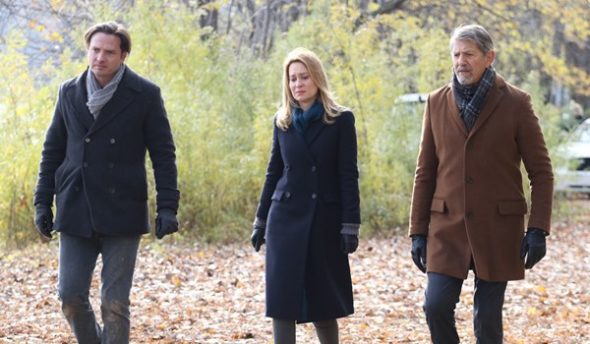 “If you have a lead, you have a suspect.” WGN America just announced the premiere date for their new TV show, The Disappearance.

The crime drama “centers around the sudden disappearance of a 10-year-old boy that shakes a close-knit community to its core.” The cast includes Peter Coyote, Camille Sullivan, and Aden Young.

The Disappearance premieres on WGN America on July 12th.

When Henry Sullivan (Peter Coyote) organizes a treasure hunt for his grandson Anthony’s (Michael Riendeau) tenth birthday, things take a turn for the worse when Anthony unexpectedly goes missing. The series follows Luke Sullivan (Aden Young) and Helen Murphy Sullivan (Camille Sullivan) as they delve into the all-consuming investigation of what happened to their son on that harrowing day. As the Sullivans and their extended kin grapple with the inexplicable mystery, deep familial secrets become uncovered and threaten to shatter the family unit.

What do you think? Are you a fan of crime dramas? Will you watch The Disappearance?

This is a wonderful Canadian show that has already aired here. It is a tight thriller – no padding. I am sure you will enjoy it.