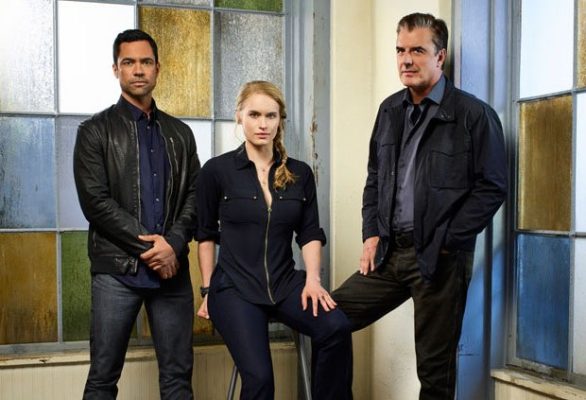 “You know how a wolf thinks.” WGN America just announced the premiere date for their new TV show, Gone.

What do you think? Are you a fan of crime dramas? Will you check out Gone?

I LOVE this show!!!! Please keep it on

GONE is my favorite TV show. Hope it remains for a long time.

Patricia, can you tell me if Gone is coming back on? The last one I saw was Rise. Thank you. Shirley V

Just finished the last episode and I’m hooked. Great show and cast. Please renew it for a second season

I am watching every episode and LOVE it!! Cast is superb and stories are throught provoking. Pleae renew this for a second season.

I love crime dramas and anything that Chris Noth is a part of. I loved it when he was on Law & Order, original installment and Criminal Intent, as well as The Good Wife and, of course as the sexiest man ever, Mr Big, in Sex & The City!!!! I soooooooo wish I’d known about “Gone” because I would have watched every episode and recorded them for future watching!!! Is it going to be rerun this summer; when and what time? Please tell me that there will be more shows next season!

I love crime dramas and Chris North from Law & Order, The Good Wife and, of course as Mr Big on Sex & The City!!!! I’m just soooooooo sorry I missed his newest show. I never even saw and advertisements our trailers for it. Can I catch it in reruns? If so, where and when? Or can I watch the show on the WGN app or on on demand?

I’m confused I am watching gone and my TV says it a new episode for season 1 episode 5 however it said it premiered in 2017. this article says 2019 is when it started

It’s an International series and debuted in Australia in 2017. This is the first time it’s been shown on a US station.

Not sure if Rambin is a terrible actress or the writing is such a joke but this show is horrible with her in it and the writing she is given. How realistic is to give an imbalanced individual a gun and let her run around and pretend she is FBI…….. lmao….. is this written to impress 10yr olds?>

Really like GONE! The actors are some of my favorite TV ‘stars’

I think they should continue the series, it’s an excellent show and more people should watch it so they know what to do and not do if it ever happens to them or someone they know!!!!

absolutely can’t wait for the new season of gone