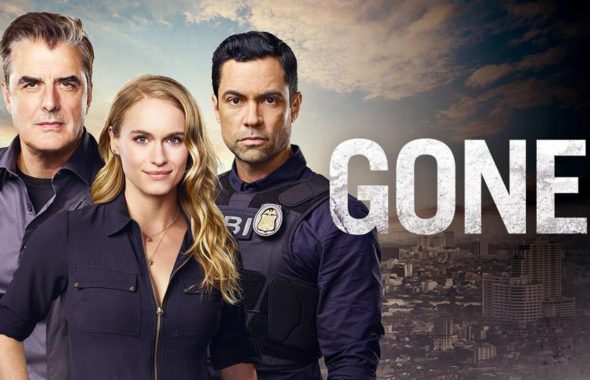 TV show description:
From creator Matt Lopez, the Gone TV show is a crime drama. The procedural centers on Kit “Kick” Lannigan (Rambin), who survived a high-profile child-abduction case, and the man who saved her, FBI Agent Frank Novak (Noth).

Kick endured five years with her kidnappers before Frank finally brought her back home. When she had trouble adapting to her return, it was Frank who suggested she take self-defense lessons, in order to help her channel her fear and anger. It was her love of martial arts that inspired her to change her name from Kit to Kick.

In addition to her fighting acumen, Kick is well trained in firearms use, and despite her lack of a college education, she has a deep understanding of the psychological makeup of abductors and their prey. Now that she knows her own kidnappers were part of a still active child trafficking network, she is determined to find out whatever she can to help shut it down.

Frank is like a father to Kick. After he got the go-ahead to create a new task force focusing on abductions and missing persons, he recruited her for her knowledge and insight into these crimes, criminals, and victims.

Rounding out the task force are military veteran and newly minted FBI Agent John Bishop (Pino); Kick’s former roommate, computer hacker James Finley (Mientus); and Frank’s FBI colleague Maya Kennedy (Thoms). Together, this team has the skill and knowledge to find surviving victims, bring them back, and bring the perpetrators to justice.

What do you think? Do you like the Gone TV series? Should this WGN America TV show be cancelled or renewed for another season?

Yes loved series. Is it going to be renewed? Best show I have seen in a long time

I love the show! Great cast! Please renew it for another season!

I hope this series is not cancelled.