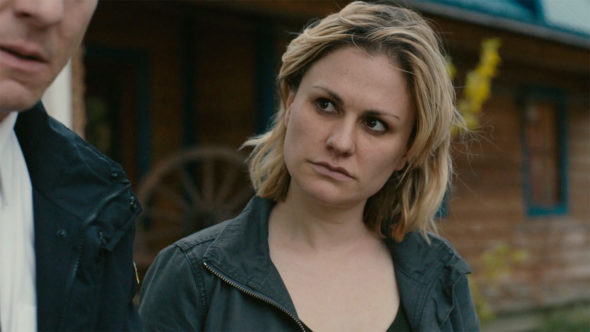 “What did you do with my kid?” Today, WGN America released a new trailer and the premiere date for their upcoming TV show Bellevue.

The Canadian crime drama follows Detective Annie Ryder (Anna Paquin) as she unravels the mystery behind the disappearance of a transgender teen. The cast also includes Shawn Doyle and Allen Leech.

The gripping and eerie original series is set against the backdrop of a small town with big secrets. Twenty years ago, the murder of a young woman traumatized the community of “Bellevue.” Now, the killer is back. Or is he/she? When a high school hockey star, who is wrestling with his gender identity, goes missing and all signs point to foul play, Detective Annie Ryder (Anna Paquin) must unravel all the pieces to this gripping mystery before her own life falls apart. As the case pulls her further away from her family, she is also confronted by a mysterious person from her past with disturbing answers to lingering questions and a terrifying need to play mind games. Along the way, Annie must navigate a complicated relationship with her on again, off again ex, Eddie (Allen Leech) and her boss on the force, Chief Peter Welland (Shawn Doyle).

What do you think? Do you enjoy crime dramas? Will you check out Bellevue?