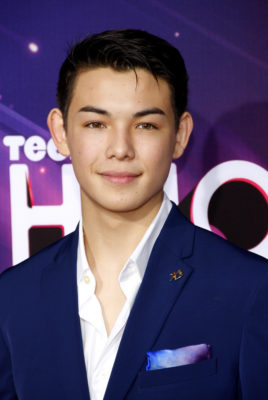 On Titans, Potter will be playing Beast Boy (aka Garfield “Gar” Logan). The new series is slated to debut on DC’s upcoming streaming service in 2018.

Read more about Potter’s character below:

As a child, Potter’s Garfield “Gar” Logan contracted the lethal disease, Sakutia, while on an African expedition with his geneticist parents. Treated with an experimental drug, Gar survived but not without developing some bizarre side effects.  Along with skin and hair turning permanently green, the wisecracking, fun-loving Beast Boy is able to reshape himself into any animal of any size he can imagine.”

What do you think? Are you a DC fan? Will you watch Titans?