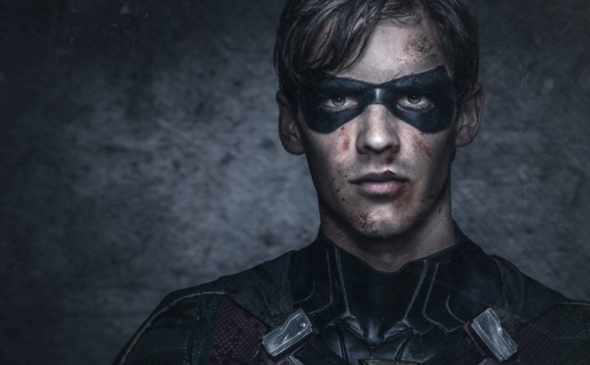 “There is something evil inside of me.” DC Universe has just released the official trailer for their new TV show, Titans.

Titans will be released when DC Universe launches this fall. You can read more info below:

BURBANK, Calif. — Fans looking to experience the first-of-its-kind digital subscription service that is DC UNIVERSE are one step closer today. Slated for release in fall 2018, fans in the United States can now pre-order DC UNIVERSE at DCUNIVERSE.com for the yearly membership fee of $74.99 (plus tax, if applicable in your state). Monthly memberships will be available at launch for $7.99 a month.

To celebrate today’s pre-order availability, DC UNIVERSE and Warner Bros. Television released a first-look at the upcoming exclusive original series Titans with the trailer premiere. The highly anticipated series will debut on the digital service in the fall of 2018. In addition, more fan-favorite DC library content has been confirmed for the DC UNIVERSE line-up, including Batman Beyond (1999), Justice League the Animated Series (2001-04) and Batman: The Brave and the Bold (2008-11).

As an added pre-order bonus, DC UNIVERSE is offering The Aquaman Premiere Sweepstakes*. Fans who pre-order between Thursday, July 19 (9:30 a.m. PT) and Sunday, July 22 (5 p.m. PT) will be automatically entered for a chance to win two tickets to the U.S. premiere of the Warner Bros. Pictures film Aquaman in December 2018.

Comic-Con attendees who visit the DC booth #1915 and pre-order, will receive an exclusive collectible t-shirt. Fans can also visit the DC UNIVERSE Experience at the Hilton San Diego Gaslamp Quarter to immerse themselves in content from the upcoming service and literally walk through the new originals, beloved classics and iconic comics.

Fans who pre-order a yearly membership before the service’s launch in fall 2018 will get an additional three months of DC UNIVERSE for free. Annual memberships will go live with product availability in the fall.

DC UNIVERSE will be available in fall 2018 as a direct-to-consumer digital service, backed by Warner Bros. Digital Networks and built by Warner Bros. Digital Labs. Fans who sign up for memberships will enjoy new original live-action and animated series, classic TV series and films, a curated selection of comic books, breaking news, an expansive encyclopedia, and access to exclusive merchandise. Additional fan features include opportunities to connect with others in the DC community, earn premium rewards and participate in sweepstakes and contests.

What do you think? Are you a DC Comics fan? Will you subscribe to DC Universe and watch Titans?

If they thought this would be a reason to subscribe to DC Universe, they thought wrong. I’ve already been repulsed by this tonal approach on ARROW, GOTHAM and BLACK LIGHTNING, so the added “inducement” of R-rated language actually aids in my decision to NOT subscribe. I’d have thought the lessons learned with the Zack Snyder cinematic fiasco would have given them some direction here, but obviously I’ve been proven wrong yet again. When I first heard of the new channel, I envisioned a repository for eighty years of damily-friendly DC Comics movies and TV series and new content to complement… Read more »