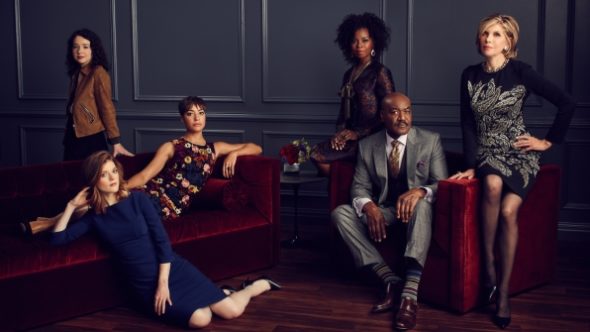 What do you think? Do you like The Good Fight TV show? Do you think it should be cancelled or renewed for another season?

I was looking forward to this show since I never missed an episode of The Good Wife. The stories are there and the acting is there but I have yet to see a full episode. I don’t have problems with language in shows but when the “F’ bomb starts being dropped in every episode I no longer have interest in it. I am tired of hearing it wherever I go but not in my house. Stick to the milder swearing but drop the offensive F bomb.

Totally agree about the F bomb, used to much. The show as a whole is great. Would like to see more.

The Good Fight is fantastic. It took three episodes to get hooked! Hope it goes just as long as The Good Wife! It’s addictive, but the language is a bit rough. The red head gets my vote! Cannot wait to see what she does next!

Rose Leslie was in Game of Throne and played Ygritte

To early to tell, having a rough start. Story line really weak, I guess we will have to wait and see.

What???? You only aired one episode? Now you are only going to stream it? I encourage you as the rest do to run it as a regular tv series to be the sequel to the Good Wife! It’s looks like it was shaping up to be another of our top 5 shows to watch! Please bring it to regular TV

I only ever heard that they were streaming the second episode a week early as a perk for the all access. Well, in too cheap to by a pass for all access, if it has such a weak story, and when is the next episode going to be.

This is a very good“sequel” of a series on Television! Please, make this a regular show……it is excellent!!

This is a very good “sequel” of a series on Television! Please, make this a regular show……it is excellent!!

Stop playing games and televise the show as people expect.

This is the very best “sequel” of a series on Television I’ve ever watched! Please, make this a regular show……it is excellent!!

I don’t know how to live stream. Will the other episodes be televised?

I watched both episodes. Both episodes were great.The acting was great also and I loved seeing some of the characters from the good wife. I think it should be a regular show on CBS not just on streaming.

Not paying for a “regular” network show, when I already pay a ton for satellite TV, etc. Too bad, too, because it looked interesting. I would have followed it on regular network CBS.

That’s exactly what I say!

I really wanted to like this show because I LOVE Rose Leslie, that skinny little thing, but it’s crap. Over hyped and under written. It could have been a great show but it’s just another “LGBT iz Kool” shoehorn.

I was looking forward to watching this show on the CBS network but since it will be streamed on CBS All Access I will have to pass on this show. I think this show would get more viewers on the regular network.. to bad..

I loved this show, I think it should be aired on television and not stream lined on the internet.