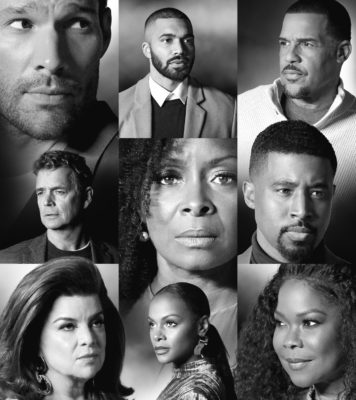 The Cryer, Harrington, and Young families are returning. OWN has announced that season seven of The Haves and the Have Nots TV show will resume on Tuesday, August 25th, with a pair of new episodes.

One of the higher-rated scripted shows on basic cable, the first 10 installments of the seventh season have averaged a 0.28 rating in the 18-49 demographic with 1.51 million viewers in Live+same day viewing. The series has yet to be cancelled or renewed for an eighth season yet.

Here’s the OWN press release, as well as a teaser video:

OWN’S HIT TYLER PERRY DRAMA ‘THE HAVES AND THE HAVE NOTS’ RETURNS WITH A TWO-EPISODE PREMIERE TUESDAY, AUGUST 25

LOS ANGELES – OWN: Oprah Winfrey Network announced today the mid-season return of its hit Tyler Perry drama “The Haves and the Have Nots,” set to premiere two back-to-back episodes on Tuesday, August 25 at 8:00 p.m. ET/PT. The popular series roars back to the screen with a vengeance as the Cryer, Harrington and Young families fight for their very existence.

“The Haves and the Have Nots” is the #1 original cable series among African- American Women and total viewers. It is also among the Top 5 original scripted series on ad-supported cable.

From Tyler Perry Studios, “The Haves and the Have Nots” is written, directed and executive produced by Tyler Perry.

What do you think? Do you enjoy The Haves and the Have Nots TV show? Will you be watching the new episodes on OWN? Are you hoping that it will be renewed for an eighth season?

Please renew the Have and Have Not. I Love this series

Love Love the show can’t wait until Tyler Perry put out the 8th season come on Tyler or Oprah they late ass hell here in Puerto Rico with series in Hulu what’s up guys.

I love the Haves and the Have Nots. I was saddened when If Loving you is Wrong was cancelled.