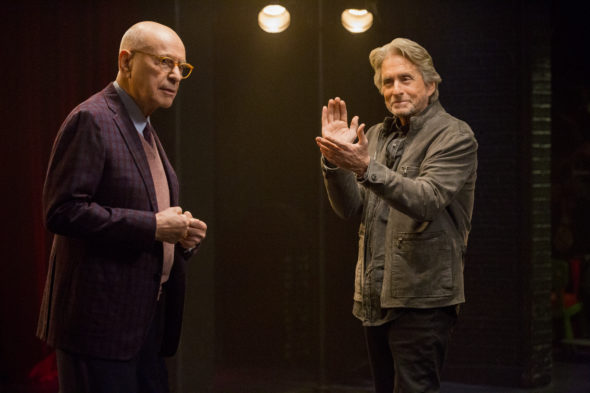 Do Sandy and Norman make viewers laugh or cry during the first season of The Kominsky Method TV show on Netflix? Usually, the Nielsen ratings play a big role in determining whether TV shows are cancelled or renewed. Netflix and other streaming platforms, however, collect their own data. Still, many viewers are frustrated their opinions aren’t considered, before a show is cancelled or renewed for a second season. If you’ve been watching this TV series, we’d love to know how you feel about the season one episodes of The Kominsky Method. We invite you to rate them below.

What do you think? Which season one episodes of The Kominsky Method TV series do you rate as wonderful, terrible, or somewhere between? Should Netflix cancel or renew The Kominsky Method for a second season? Don’t forget to vote, and share your thoughts, below.

I love the kominsky method and can’t wait to see season 3, please keep this show on it’s awesome. I’m so addicted to it. I binge-watch. Ever since I started it.

Great show ! Wonderful chemistry between the cast members and the writers are outstanding. Please renew!

It’s funny & sad ! Love the show! The acting by all is great & the story line is very real & touching.
Looking forward to another season.

I 58. female and loved this show. I didn’t realize it was a series thought it was a movie. Found myself becoming quickly engaged and laughing out loud something I rarely do. Give us another season there are soo many directions the show can go, options open. Definitely want to see more and am recommending to friends my age and younger to watch it as well.

Outstanding show. Great cast. We’re on our third viewing of the season. Love the characters casted.

This is a show that people of a certain age can understand, appreciate and identify with We’re “old” let us go out laughing and crying with these guys!

There is nothing better on TV now, nor has there ever been. Please renew this magical show.