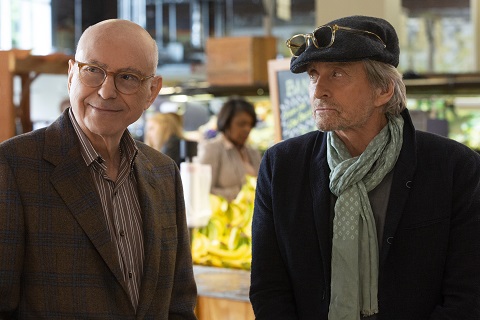 What do you think? Have you seen The Kominsky Method? Are you glad it’s coming back?

Delighted ” The Kominski Method ” is to return, one of the best scripted and performed offerings on TV. A the touching and funny story about the special relationship between two men who have been friend for decades (so no holds barred here) touching is not the word..

I love this serie, so happy there´s a part two. Can´t wait to see it on Netflix (in the Netherlands).

Netflix made a good decision bringing back this series.

I really didn’t know where this was going after watching the first episode but the more you watch, the more that you enjoy.

A great cast of legends, although it’s Sarah Baker that steals the limelight, so I hope that they develop this character more.

I’m thrilled Netflix is bringing this great series back. The chemistry between Michael Douglas and Alan Arkin is great. Netflix has it’s act together with their tv series.

This is great news!!! Thank you

Delighted to hear of The Kominsky Methods renewal. I think it is the best series on TV.

I love this show – so glad it’s coming back!!