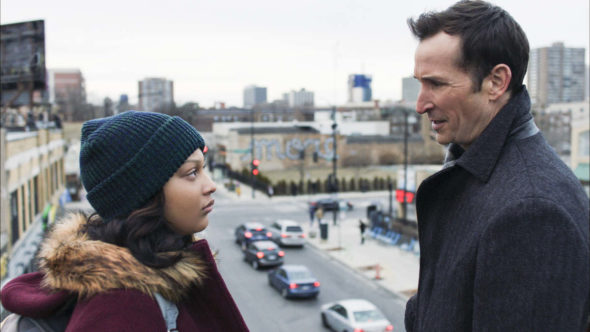 CBS isn’t sticking with The Red Line. Deadline reports the network has cancelled the TV show after only one season. At the ATX TV Festival, executive producer Sunil Nayar confirmed that there wouldn’t be a second season of the limited series.

Since The Red Line‘s debut in April, ratings steadily decreased. The eight episodes of season one averaged a 0.36 rating in the 18-49 demo and 3.85 million viewers, making it one of CBS‘ lowest-rated series for the 2018-2019 season.

What do you think? Have you seen The Red Line? Would you have watched a second season?

CBS should re-air this series with better promotion. It is relevant to what is happening today. It might get better ratings. I LOVED IT!

yes it was a good show

I really enjoyed watching Red Line and I would of watched season 2.

Just watching it now and love it! It wasn’t promoted very well so I’m convinced that had it been introduced in the fall the ratings would have been different. I’d love a second season!

Loved this show. Can’t believe it got cancelled?

loved this show. It was very relevant and touch many things. Can another station pick it up and maybe play it as at better time? Its Just like the show 24 legacy, it was cancelled too but the time of the show competed with more established shows.. BRING THEM BACK… These Neilson rating are not always indicative of what we want and need to have as this country deals with so many things.. CBS, and ABC and others, please be more cognizant of what people watch. Look at doing survey and touch points before cancelling shows after one season and… Read more »