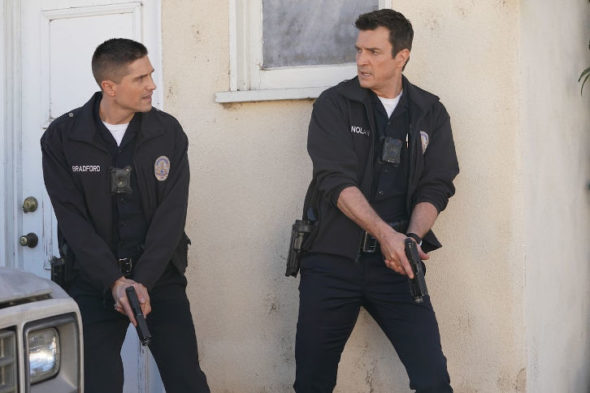 I’m so happy my favorite show will be back!

I love the show and definitely will be watching!! Thank you so much for bringing it back for another season!

Love the show. Will definitely becwatching and waiting for Season 3!

One of my favourite shows! Never miss it

Very pleased the show will continue. Watch it a week late due to no TV service and stream it on ABC.com. Great show.

So glad this series is returning, will defiantly be watching!!!

My husband and I LOVE this show! We have been a huge fan since day one! So happy it will be coming back for a new season. Can’t wait!!!!

Very Happy The Show Is Coming Back.

I am so very glad The Rookie has been renewed. I have been a fan of Nathan F since he was on One Life to Live. One of my favorite TV actors.

Love the show, yes will watch it on any night. It is a great show and I love the actors they do a great job!