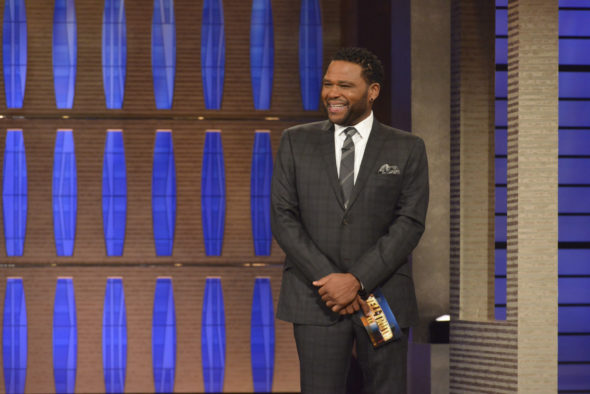 The To Tell the Truth TV show revival kicked off as a summer series on ABC, but last year, it split its time between winter and summer, and the ratings dropped significantly. Now in its third season, it has once again returned as summer programming. Is that enough to right the ship and stop it from sinking? Will To Tell the Truth be cancelled or renewed for season four? Stay tuned. **Status update below.

An ABC game show, hosted by Anthony Anderson, To Tell the Truth features a panel of four celebrities who are presented with three people who all claim to be the same person with the same incredible talent, job, or achievement. One is sworn to tell the truth, while the others are not. Panelists this season include Octavia Spencer, Dermot Mulroney, Nikki Glaser, Gabby Douglas, Mel Brooks, Joel McHale, Bill Hader and Natasha Leggero. Anderson’s mother, Doris, returns with commentary, too.

8/27 update: You can see the rest of the latest night’s ratings.

For comparisons: The second season of this ABC version of To Tell the Truth averaged a 0.78 rating in the 18-49 demographic and 3.640 million viewers.

What do you think? Do you like the To Tell the Truth TV series? Should this ABC TV show have been cancelled or renewed for a fourth season?

**8/7/2018 Status Update: To Tell the Truth has been renewed for season four on ABC. Details here.