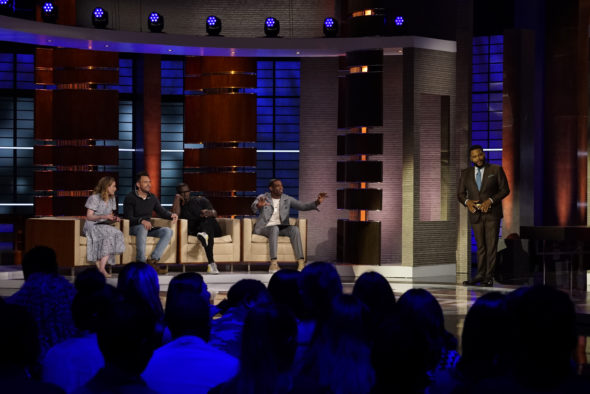 The ratings were low last year but ABC renewed To Tell the Truth anyway. Will the numbers rise or fall even lower this time around? Will the To Tell the Truth TV show be cancelled or renewed for season six? Stay tuned. Status Update Below.

9/4 update: You can see the latest night’s ratings in context.

For comparisons: Season four of To Tell the Truth on ABC averaged a 0.58 rating in the 18-49 demographic and 3.53 million viewers.

What do you think? Do you like the To Tell the Truth TV series on ABC? Should it be cancelled or renewed for a sixth season?

I think to tell the truth is a fun show to watch. I hope it is renewed. A heck of a lot better than most of the sitcoms.