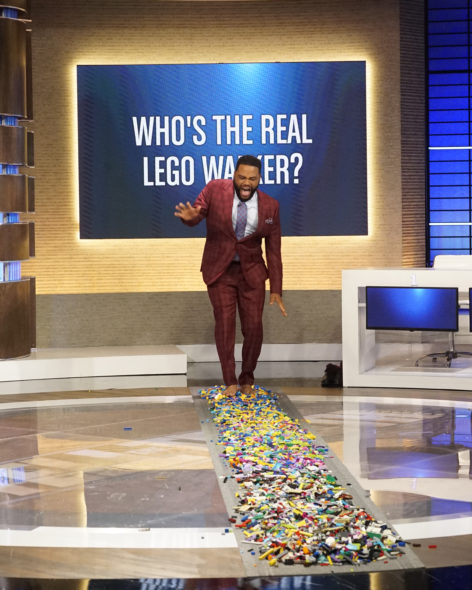 Be frank with us. How do you like the fourth season of the To Tell the Truth TV show on ABC? We all know the Nielsen ratings typically play a big role in determining whether a TV show like To Tell the Truth is cancelled or renewed for season five. Unfortunately, most people don’t live in Nielsen Households. Because many viewers feel frustrated that their viewing habits and opinions aren’t considered, we’d like to offer you a chance to rate all of the To Tell the Truth season four episodes here. *Status update below.

An ABC game show, To Tell the Truth is an updated version of the classic TV panel game show. Black-ish star Anthony Anderson hosts a panel of four celebrities. They meet three people, all of whom claim to be the same person, with the same incredible talent, job, or achievement. Only one has sworn to tell the truth. The celebrities try to deduce which one is who they say they are. Panelists this season include Oliver Hudson, Justin Long, Snoop Dogg, Amanda Seales, Anna Camp, Joel McHale, Ron Funches, Kirstie Alley, Angela Kinsey, Alyssa Edwards, Fortune Feimster, and Adam Rodriguez. Anderson’s mother, Doris, returns with commentary, too.

What do you think? Which season four episodes of the To Tell the Truth TV series do you rate as wonderful, terrible, or somewhere between? Should this ABC game show be cancelled or renewed for a fifth season? Don’t forget to vote, and share your thoughts, below.

I love this show. Momma adds so much unpredictable laughter and value ! Anderson is an entertaining young vibrant Host. Panel has variety in all. The guests keep us guessing and learning ! I hope it stays – it is the only game show I enjoy!

I love the modernized version of Tell the Truth. The Sunday game shows are the perfect end to the week…FUN. Momma Doris is an enjoyable addition. Bravo to the creative writers. Please renew this show.

I like the show to tell the truth, but I don’t think “momma “ adds anything to it, she is snarky and says things like Hell and inappropriate sexual comments, please take her off the show and I’ll keep watching.