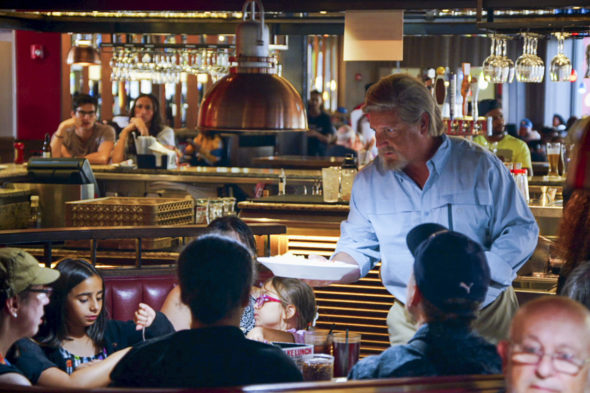 Can the bosses succeed in their temporary roles in the 10th season of the Undercover Boss TV show on CBS? As we all know, the Nielsen ratings typically play a big role in determining whether a TV show like Undercover Boss is cancelled or renewed for season 11. Unfortunately, most of us do not live in Nielsen households. Because many viewers feel frustration when their viewing habits and opinions aren’t considered, we invite you to rate all of the 10th season episodes of Undercover Boss here.  *Status Update Below.

A CBS reality series, Undercover Boss follows members of major corporations’ upper management as they go undercover in their own companies, to get an idea of what it’s like to work as a lower-level employee. Subjects this season include TGI Fridays, Bowlero Corp, Club Med, Smoothie King, and the Mayor of Shreveport, LA. Created by Stephen Lambert, the show is based on the UK program of the same name and Mark Keller serves as the narrator.

What do you think? Which season 10 episodes of the Undercover Boss TV series do you rate as wonderful, terrible, or somewhere between? Do you think that Undercover Boss should be cancelled or renewed for an 11th season on CBS? Don’t forget to vote, and share your thoughts, below.

I love Undercover Boss. I love that they get to come work at their companies and see what the employees have to deal with. I think its a great experience for them and very eye opening.

Undercover Boss is one of my all time favorite shows….wish it would come back with some new episodes .

I was as always impressed as to how little the CEO’S know about their chains. I do like how they go about the undercover but they need to do it more often. Be proactive about your business. Don’t wait and assume all is good because it never is.

Watched it once, yrs ago… haven’t since.