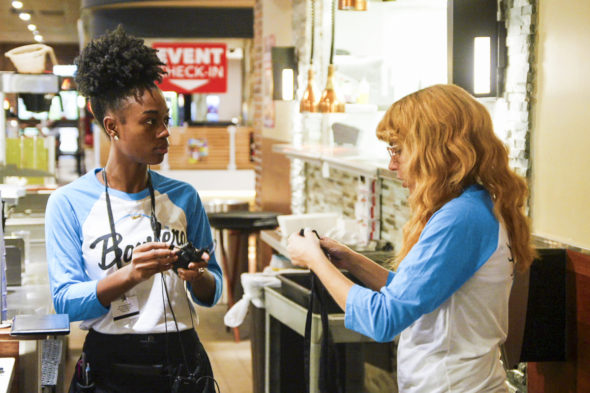 Will this be the year that this reality series is “fired”? Has the Undercover Boss TV show been cancelled or renewed for an 11th season on CBS? The television vulture is watching all the latest cancellation and renewal news, so this page is the place to track the status of Undercover Boss, season 11. Bookmark it, or subscribe for the latest updates. Remember, the television vulture is watching your shows. Are you?

Airing on the CBS television network, Undercover Boss follows members of major corporations’ upper management as they go undercover in their own companies, to get an idea of what it’s like to work as a lower-level employee. Subjects this season include TGI Fridays, Bowlero Corp, Club Med, Smoothie King, and the Mayor of Shreveport, LA. Created by Stephen Lambert, the show is based on the UK program of the same name and Mark Keller serves as the narrator.

The 10th season of Undercover Boss averages a 0.36 rating in the 18-49 demographic and 2.64 million viewers. Compared to season nine, that’s down by 45% in the demo and down by 36% in viewership. Find out how Undercover Boss stacks up against other CBS TV shows.

Will CBS cancel or renew Undercover Boss for season 11? The series seems pretty cheap to produce but the ratings have dropped off quite a bit over the years. The network seems to like to have seasons on hand to fill gaps in the schedule. It could be renewed but I wouldn’t be surprised if Undercover Boss was cancelled either. I’ll update this page with breaking developments. Subscribe for free alerts on Undercover Boss cancellation or renewal news.

What do you think? Are you glad that the Undercover Boss TV show has been renewed for an 11th season? How would you feel if CBS had cancelled this TV series, instead?