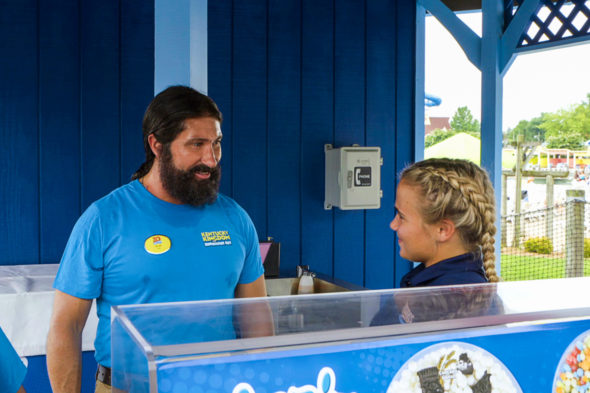 For years, Undercover Boss was used as a “utility player” for CBS, successfully filling in gaps in the schedule as needed. The series lost a lot of steam in the ratings though and the regular version of the series has been off the air for nearly three years. Will the audience remember this show and tune in? Will Undercover Boss be cancelled or renewed for season 10? Stay tuned. *Status update below.

A documentary reality series on the CBS television network, Undercover Boss follows members of major corporations’ upper management as they go undercover in their own companies, to get an idea of what it’s like to work as a lower-level employee. Companies this season include Walk-On’s Bistreaux & Bar, Anytime Fitness, Dippin’ Dots, Deion Sanders, Clean Harbors, Bethany Mota, and Gabby Douglas. Created by Stephen Lambert, the show is based on the UK program of the same name and Mark Keller serves as the narrator.

1/28 update: You can see the latest night’s ratings in context.

For comparisons: Season eight of Undercover Boss on CBS averaged a 0.98 rating in the 18-49 demographic and 5.67 million viewers.

What do you think? Do you like the Undercover Boss TV series on CBS? Should it be cancelled or renewed for a 10th season?