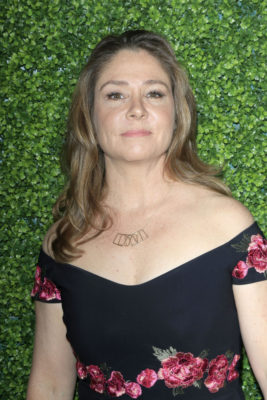 On Wynonna Earp, Follows will be playing “Michelle, Wynonna’s (Melanie Scrofano) “resurrected” birth mother, who, believed to be dead, was seen from the back in the final moments of the Season 2 finale.”

Season three of Wynonna Earp is slated to premiere on Syfy later this year.

What do you think? Do you watch Wynonna Earp? Are you excited for season three?

I can’t wait for season 3 to start!