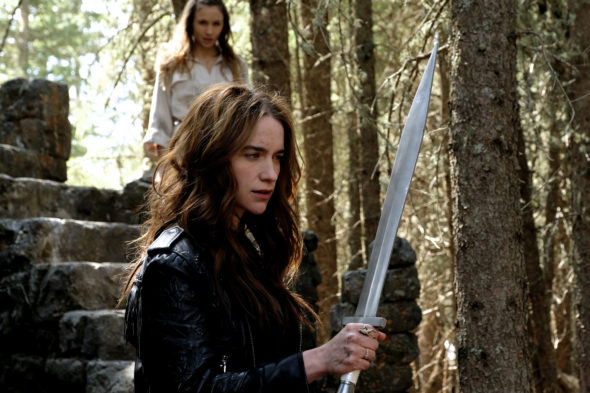 Great news for Wynonna Earp fans! It was just announced the Syfy TV show will return for its fourth season in 2020.

As reported earlier, it was unclear if Wynonna Earp would return for a fourth season despite a renewal for Syfy. Apparently, the show’s producer, IDW Entertainment, was low on funding.

Now, however, IDW Entertainment has greenlit season four and production will begin later this year.

Wynonna Earp’ – the series, the comics, the characters, the story and the fans are all deeply important to IDW so we are thrilled to be able to continue to tell the Wynonna story. From the very beginning, the fans have embraced the series and have transformed their passion into an inclusive community built upon empathy and support, as well as whiskey and donuts. We are grateful to have partners who were able to help us bring it back for a fourth season so that we can continue to serve the dedicated Earpers, and entertain fans everywhere.”

What do you think? Are you a fan of Wynonna Earp? Are you excited for the new season?

I love the cast and the show. Please don’t cancel this show

so glad it is coming back. Love the show.

I have been waiting for this series to start again!!! It is the most unique paranormal/drama/comedy/ I have ever seen! I am hooked! It is so cool!!!Thank You for getting it back for all the fans!!!!! Leona

Can’t wait for season 4 of Wynonna Earp to start. Love the cast and storyline.