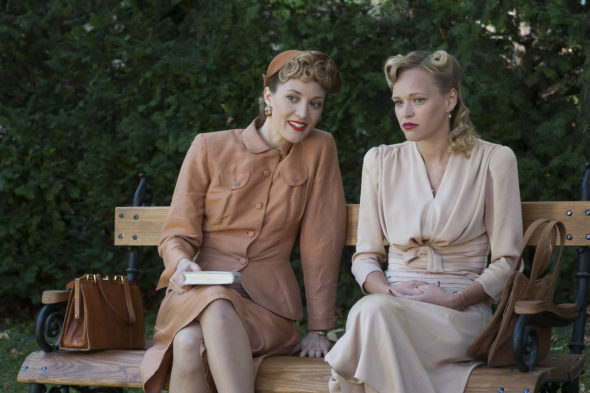 What’s in store for X Company? Today, Ovation announced season two of the TV show will premiere in May.

X Company follows the stories of five highly skilled young recruits, torn from their ordinary lives and trained to conduct one risky mission after another to help Allied forces change the world. Season Two finds the team on the ground in German-occupied France, two men down, compromised, and cut off from communications with Camp X.

Here are your episode-by-episode highlights from the upcoming season:

The team reels from the disaster of losing Alfred (Jack Laskey) to the Nazis. Making matters worse, Aurora (Évelyne Brochu), Neil (Warren Brown), Tom (Dustin Milligan) and Harry (Connor Price) have been cut off from all communications with Camp X.

Franz Faber (Torben Liebrecht) uses increasingly inhuman techniques to get Alfred (Jack Laskey) to break, while Sinclair (Hugh Dillon), now on the ground in France, leads the team on a daring rescue attempt.

Alfred (Jack Laskey) stuns his teammates when he puts his life on the line to help free British POWs who can help rebuild their resistance networks.

With the Gestapo hot on their heels and no way out of France, the team must get creative to get Alfred and Rene (Fran�ois Arnaud) back to Camp X.

The team goes in search of a doctor, rumored to be helping Jews escape France, while Aurora (Évelyne Brochu) gets closer to Franz Faber’s wife Sabine (Livia Matthes).

Tension within the team explodes when Harry (Connor Price) defies Aurora (Évelyne Brochu)’s orders and sets a plan in motion to assassinate a high-ranking German general.

Aurora (Évelyne Brochu) struggles to maintain her leadership as divisions within the team grow deeper. And a midnight attack by German commandos threatens to destroy their fledgling guerrilla army.

The team is forced to mobilize to Dieppe without Aurora (Évelyne Brochu), unaware she’s caught in a dramatic showdown with Franz Faber (Torben Liebrecht) on a train.

Aurora (Évelyne Brochu) fights to regain her team’s faith as Alfred (Jack Laskey) finally reveals their Dieppe objectives: a raid on a German radar station in the midst of the Allied attack.

The team pays a devastating price at Dieppe as Alfred (Jack Laskey) and Aurora (Évelyne Brochu) put everything on the line to try and ‘turn’ Franz Faber (Torben Liebrecht).”

What do you think? Have you seen X Company? Will you watch the new season?

I was very disappointed when they declared the 7/1 show the finale. If it is truly coming back in May of 2019, I will certainly watch it. It is so much better than the reality shows so prevalent on TV now.

I have watched Season 1 of X Company and thought it was a great series. I was very disappointed when I found out the series wasn’t going to be renewed for Season 2. I don’t know what happened to change that, but I’m very happy to hear it’s returning, and can hardly wait to watch it. Thanks!!!