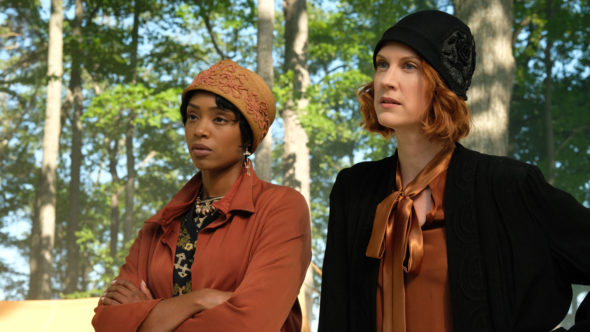 Ovation ratings can be hard to get, and without them it can be difficult to predict whether they will cancel or renew a show like Frankie Drake Mysteries for season two — but not this time. This series originated on Canada’s CBC, and when Ovation picked it up, they ordered both the first and second season. Now, CBC has already ordered season three, but there’s been no word on whether Ovation will pick it up too. They probably want to see the response to the first two seasons before doing so. Until news breaks, I’ll keep an eye on the trades and press releases, so subscribe for free Frankie Drake Mysteries cancellation and renewal alerts.

What do you think? Should the Frankie Drake Mysteries TV show be renewed beyond the second season? How would you feel if Ovation cancelled this TV series?

I love the Frankie Drake series – have just found it and hope it continues. Murdoch Mysteries is my favorite and this follows a close second!

2
0
Reply
Susan Self
Reply to  Judy

I love Frankie Drake and bringing in George Crabtree from Murdoch Mysteries was a stroke of genius. I hope that he will be back and maybe work on a mystery with Frankie. Love Love Love the show