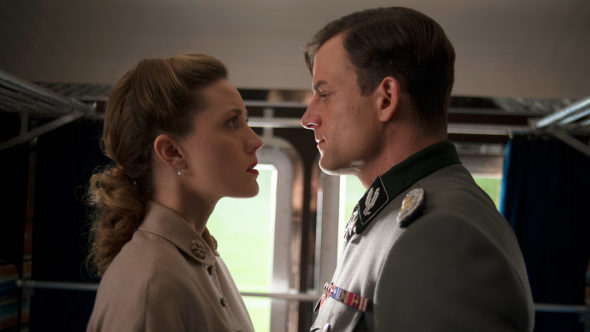 How is the Camp X team performing during the second season of the X Company TV show on Ovation? As we all know, the Nielsen ratings typically play a big role in determining whether a TV show like X Company is cancelled or renewed for season three. Unfortunately, most of us do not live in Nielsen households. Because many viewers feel frustration when their viewing habits and opinions aren’t considered, we invite you to rate all of the X Company season two episodes for us here.

An Ovation spy thriller, X Company stars Évelyne Brochu, Jack Laskey, Hugh Dillon, Warren Brown, Dustin Milligan, Connor Price, and Lara Jean Chorostecki. A Canadian/Hungarian spy thriller from creators Mark Ellis and Stephanie Morgenstern, this World War II drama is inspired by the true story of a Lake Ontario espionage training compound. The action centers on five gifted recruits who leave behind their lives and go to Camp X and train as spies for the Allies. Season two finds the team on the ground in German-occupied France, two men down, compromised, and cut off from communications with Camp X.

What do you think? Which season two episodes of the X Company TV series do you rate as wonderful, terrible, or somewhere between? Are you happy Ovation renewed X Company through the third season? Don’t forget to vote, and share your thoughts, below.

X company is one of the best shows I have ever watched! I hope the bring back even more shows!