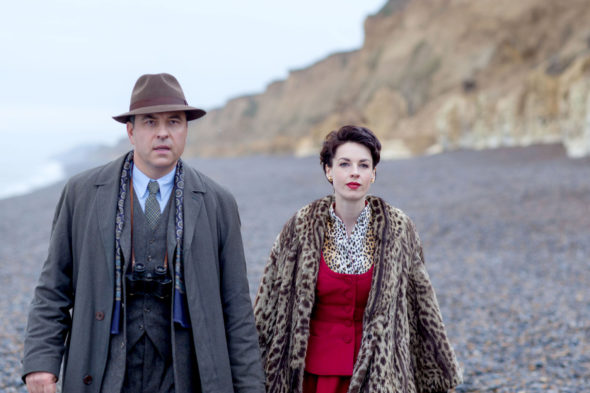 Agatha Christie’s Partners in Crime is coming to Ovation. The series will arrive next month on the arts network. The series’ cast includes Jessica Raine and David Walliams.

Ovation revealed more about the series in a press release. Check that out below.

“Following the success of Murdoch Mysteries and Frankie Drake Mysteries, Ovation TV, America’s only arts network, has announced the premiere date for its next great international mystery series: Agatha Christie’s Partners in Crime, starring David Walliams (Little Britain) and Jessica Raine (Call the Midwife). Based on the 1922 novel The Secret Adversary and the 1941 novel N or M?, the six-episode series will premiere on Ovation TV on Saturday, June 13th at 7pm ET / 4pm PT.

“We’ve repeatedly found that our viewers respond favorably to mystery programming like Murdoch, Frankie Drake, Miss Fisher’s Murder Mysteries, and Riviera,” said Scott Woodward, EVP of Programming and Production, Ovation. “Partners in Crime fits in with these titles as another premium mystery title to present to our audience. Every Saturday night, we celebrate the artistic endeavors of these series – the costumes, set design, art direction, cinematography, and writing.”

Partners in Crime is an espionage adventure series about a suburban married couple, Tommy and Tuppence Beresford, who solve mysteries and foil plots in ’50s Cold War Britain. Based on Agatha Christie’s classic characters, Tommy (David Walliams) and Tuppence (Jessica Raine) may approach their cases in a somewhat haphazard manner, but their natural guile and derringdo are more than a match for the spies, assassins and double agents that stand in their way. The series comprises two stories, The Secret Adversary, where our heroes search simultaneously for a missing girl and a recording that could identify a Soviet hit man living within our midst, and then N or M?, where they must identify which person in a guesthouse in a coastal town has stolen a nuclear bomb… before it’s too late.”

What do you think? Will you watch this new mystery series on Ovation?

Already watched. Are they coming up with new episodes? If so, maybe but do not wish to see the old episodes.

Loved it! I want more please. The humor was wonderful and I appreciated the quality of good directing. Actors are professional and believable. Thank you. I’m waiting for more.

I truly enjoyed Partners in Crime, but was saddened to learn that it was cancelled after only 6 episodes.

We love the other shows mentioned, Murdoch Mysteries is our favorite, and Partners In Crime was enjoyable when it was first shown. However, unless you plan to produce more episodes it will be disappointing for first time viewers. Another promising show that aired for one season you may want to consider is Crimson Fields.

I enjoyed this series when it originally aired in 2015, (I watched it online), but it was cancelled and there won’t be a season 2. Still, an enjoyable 6 episode series.

Yes !! I’m a big fan of Agatha’s & period pieces. Ovation is one of my favorite channels.