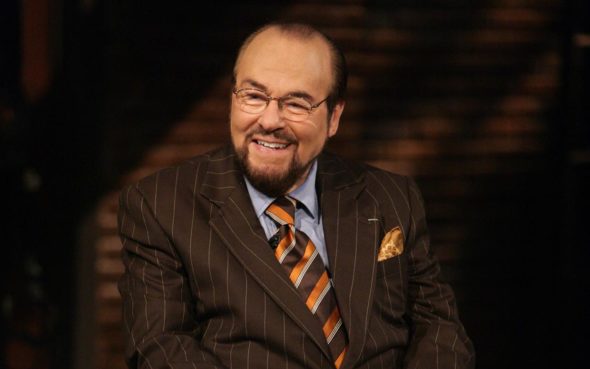 Inside the Actors Studio isn’t going away anytime soon. Ovation just announced they’ve renewed the TV show through 2019 and James Lipton will step down as host.

After 22 seasons, Lipton is retiring as host of Inside the Actors Studio. The new season, which premieres on Ovation in fall 2019, will feature a number of rotating guest hosts.

LOS ANGELES – September 24, 2018 Ovation TV, America’s only arts network, has completed an agreement with the Actors Studio to produce and air future episodes of Inside The Actors Studio, the award-winning interview series about the art of acting. As part of the agreement, the network will also curate content from the series’ extensive library for additional episodes.

Ovation will premiere the new Inside The Actors Studio in the Fall of 2019. James Lipton, the series’ creator, original host and executive producer, will turn the microphone over to a number of rotating guest hosts, who are in consideration now by the network and The Actors Studio.

“It’s very gratifying to see the legacy of Inside The Actors Studio being carried forward for a new generation to appreciate and enjoy,” said James Lipton. “I made a vow early on that we would not deal in gossip – only in craft, and Ovation, as a network dedicated to the arts, will continue that tradition with the next seasons of the series. I’m excited to see the new hosts engage with the guests and students and continue to entertain viewers in the U.S. and around the world.”

“Inside The Actors Studio is a series that fits perfectly with Ovation’s mission to provide viewers with diverse arts programming, and we’re doing it from the heart of New York City with the support of our partners at AT&T/DIRECTV, Comcast, Charter, Verizon FiOS and independent cable operators across the country,” said Charles Segars, CEO, Ovation.

Inside The Actors Studio began and will continue to be a televised craft seminar for the students of The Actors Studio MFA program at Pace University. Paul Newman, a former Actors Studio president, was the show’s first televised guest. The series has gone on to host a veritable “Who’s Who” of award-winning actors and directors over the past two decades, over 200 in all, including Sally Field, Ellen Burstyn, Alec Baldwin, Bradley Cooper, Brad Pitt, Sidney Pollack, Carol Burnett, Jessica Lange, Julia Roberts, Willem Dafoe, Billy Crystal, Shirley MacLaine, Meryl Streep, Spike Lee, Martin Scorsese, Jeremy Irons, Barbra Streisand, Clint Eastwood, Al Pacino, George Clooney, Angelina Jolie, and scores of others. The series has received 20 Emmy nominations in the Outstanding Informational Series or Special category. The series received an Emmy in this category in 2013. James Lipton also won the Critics Choice award for Best Host in 2015.

“Ovation is dedicated to supporting The Actors Studio’s commitment to providing the best educational resources for its students. In so doing, we will uphold the high standard set by James Lipton for excellence in producing programming that is multicultural, informational, enlightening and entertaining,” said Scott Woodward, EVP of Programming and Production, Ovation TV. “We look forward to introducing a whole new generation to the craft of acting through vibrant new hosts and guests that we will begin to announce in the coming months.”

“Over the years this series has had a profound impact on the Studio’s MFA program at Pace University,” said Ellen Burstyn. “I know my co-presidents, Alec Baldwin and Al Pacino, and our Board of Directors, share my enthusiasm that Ovation has come on board to continue this enduring legacy.”

The series is filmed at the Michael Schimmel Center for the Arts at Pace University’s New York City campus. Ovation will continue filming at this venue.

In addition to having exclusive linear and digital rights in the U.S. to new episodes of Inside The Actors Studio, Ovation will also control all international rights to such episodes.

What do you think? Do you watch Inside the Actors Studio? Are you sad to see Lipton leaving?

Sorry to see James Lipton leave. The new show is okay but I would liked it better with the same interviewer each episode.

Happy to see that Inside the Actors Studio is coming back, but will also be sad to see that James won’t be hosting. Excited to see the new format if it will be available in Canada!!!!! Please tell me it will happen!

I’ve been watching since day one , wont be the same without James Lipton

Love the show. I will miss Mr. Linton but glad it will continue on.

He will be sorely missed. Totally bummed.

Great show but think it should be GOOD actors interviewed…JLo is NOT a good actor, nor Clooney andcquite a few otherssadcthat Lipton isxleaving but should be one consistent moderator, notvall different ones.

So disappointing to learn that he will be leaving. It won’t be the same.

Inside the Actors Studio without James Lipton is like a day without sunshine. He will be missed tremendously.

Could you please give a date when it will begin again, so I can record it on my TV In case I miss it. My granddaughter Delaney Brokman is going to Pace U , and I am told she will be asking a question. Thank you.

James Lipton created a historic library of the best thoughtful remarks and memories of most of the greats in the acting field. It is magnificent body of work that I hope will always be available to consult, and will form the guiding principles for continuing to preserve the ideas of current and future actors, and others in the theatre, stage, film, TV, and future media business.

I have been a fan of the Actors studio and I have recorded a great many episodes of the great actors who have given their craft a true glimpse of reality in their
life time of training in theatre craft. I replay them often. God Bless James Lipton.