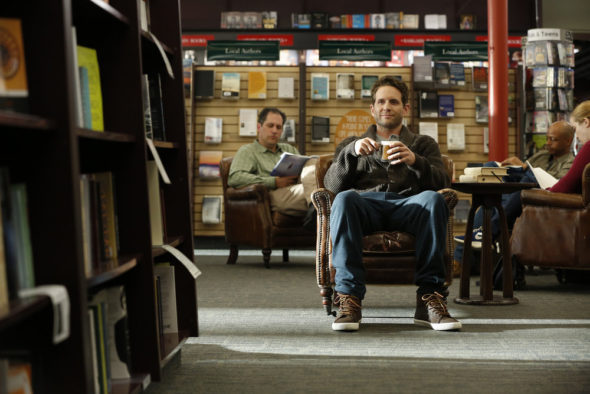 It seems the Peacock Network really wants to impress the College Board. NBC has renewed its AP Bio TV show for a second season. The mid-season replacement comedy has really struggled in the ratings. Perhaps it can get some tutoring during summer vacation.

Although the network has not issued a press release, it confirmed the renewal on the official NBC Entertainment Twitter page. Check it out.

AP Bio: A Look at the Ratings

The first season of AP Bio averaged a 0.72 rating in the 18-49 demographic and 2.647 million viewers. Out of the 19 scripted NBC TV shows we’re tracking, it ranks 15th in terms of its demo numbers and drops to 17th place, when we sort by total audience size. In short, the renewal is a shocker.

What do you think? Are you a fan of the AP Bio TV series? Did you think it would be cancelled or renewed for season two? Let us know, below.

Well-written. Excellent acting. Great cast. Great idea. The AP Bio teacher turned into a softie too fast. He needs to maintain his character until the 4th or 5th season after he’s burned everybody around him.

I find this show to be one of the most entertaining shows on TV. The actors are so talented and the writing is the best. As someone who taught high school for 42 years (all at the same school) I can tell you that the students in A.P. Bio are not only funny but also spot on in their classroom banter. This is my favorite show and I hope it stays around along time. PS I am an adjunct professor of sociology and history (45 + years). I know what is going on in a classroom and so do the… Read more »