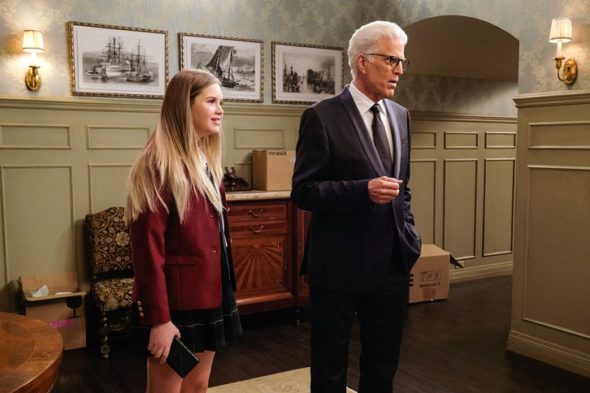 NBC revealed the following about Mr. Mayor in a press release.

“From Emmy Award winners Robert Carlock and Tina Fey, Mr. Mayor follows a retired businessman (Danson) who runs for mayor of Los Angeles to prove he’s “still got it.” Once he wins, he has to figure out what he stands for, gain the respect of his biggest critic (Hunter) and connect with his teenage daughter, all while trying to get anything right for America’s second weirdest city.”

Mr. Mayor arrives on January 7th with a double episode premiere. Check out the previews for the new NBC comedy below.

What do you think? Are you planning to check out Mr. Mayor on NBC? Did you enjoy Danson’s work on The Good Place?

LOVE THIS SHIW what’s wrong with funny happy EACH ACTOR IS SO UNIQUE!!!! why not have a fun show that’s sooooo different an makes u smile!!! Love yall plz stay!!!!

Couldn’t even make it thru the first show. Don’t see this one lasting long.

I like Danson and the remaining cast, however, NBC is going to bomb here. We are tired of political BS. Stick to bartending. Cheers to everyone.