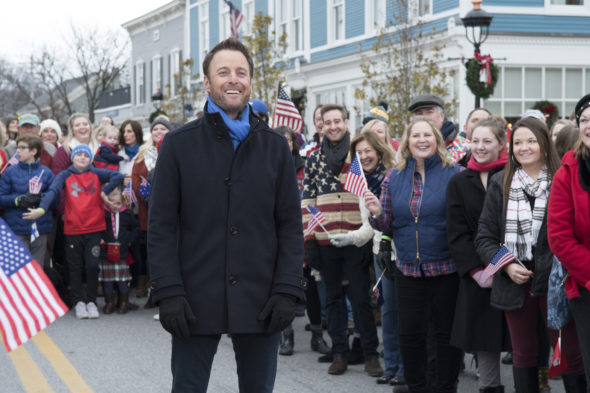 Is everything coming up roses? Has The Bachelor Winter Games TV show been cancelled or renewed for a second season on ABC? The television vulture is watching all the latest cancellation and renewal news, so this page is the place to track the status of The Bachelor Winter Games season, two. Bookmark it, or subscribe for the latest updates. Remember, the television vulture is watching your shows. Are you?

An ABC dating reality TV series hosted by Chris Harrison, The Bachelor Winter Games combines the usual romance drama with competitive winter-themed challenges. Hannah Storm and Ashley Brewer lend Harrison an assist with coverage of the events. Contestants from the US Bachelor franchise and international versions compete to win date cards, which allow them to ask other participants on dates.

Will ABC cancel or renew The Bachelor Winter Games for season two? The ratings were awful for this series which the network offered as an alternative to the 2018 Winter Olympics (airing on NBC). I can’t see them bringing this show back for a second season so I believe it will be cancelled. Subscribe for free alerts on The Bachelor Winter Games cancellation or renewal alerts.

What do you think? Do you hope The Bachelor Winter Games TV show will be renewed for a second season? How would you feel if ABC cancelled this TV series, instead?

I’m watching it right now and I actually like the concept of the show. I was disappointed but NOT surprised there were only 3 people of color and two were eliminated. Even in 2021……it’s sad to know I KNEW and EXPECTED it to happen. Again….SAD. The prejudice is still so real. Forget Houston. AMERICA…WE HAVE A PROBLEM!!!!

The entire Bachelor series is just people behaving badly on tape–get rid of the entire package it is insulting and does not pass for entertainment in my opinion, curious what others thing…3bDkx