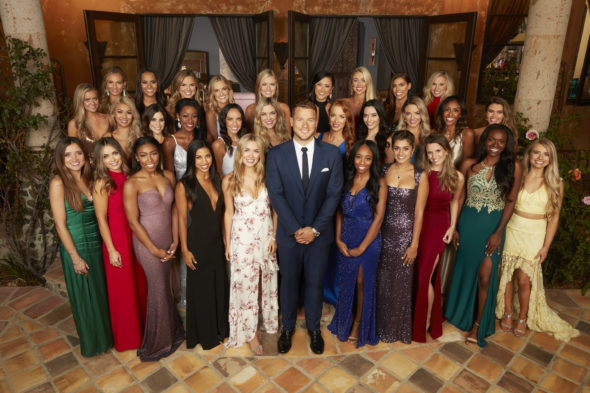 Is the bloom off the final rose? Has The Bachelor TV show been cancelled or renewed for a 24th season on ABC? The television vulture is watching all the latest cancellation and renewal news, so this page is the place to track the status of The Bachelor, season 24. Bookmark it, or subscribe for the latest updates. Remember, the television vulture is watching your shows. Are you?

A dating reality TV series on the ABC television network, The Bachelor is hosted by Chris Harrison. Season 23 features 27-year-old former NFL tight end Colton Underwood, as he meets, courts, and weeds out 30 potential “soul mates” in his quest for “true love.” Underwood previously competed during the 14th season of The Bachelorette, but Becca Kufrin sent him packing. He subsequently appeared on season five of Bachelor in Paradise. Whether or not Colton will emerge with his heart and morals intact remains to be seen.

The 23rd season of The Bachelor averaged a 1.86 rating in the 18-49 demographic and 6.55 million viewers. Compared to season 22, that’s up by 9% in the demo and up by 3% in viewership. Find out how The Bachelor stacks up against other ABC TV shows.

Will ABC cancel or renew The Bachelor for season 24? This series is the alphabet network’s highest-rated non-scripted series by far so I don’t think it will be cancelled anytime soon. Could that change? I will update this page with breaking developments. Subscribe for free alerts on The Bachelor cancellation or renewal news.

What do you think? Are you glad that The Bachelor TV show has been renewed for season 24? How would you feel if ABC had cancelled this TV series, instead?

I think it’s the most ridiculous show on television. The whole show is scripted, if you watch their eyes closely, they’re looking at the Teleprompter’s. They have to always throw in something to make it seem so much more dramatic so people will watch. As far as I’m concerned, you can’t get to know somebody in six weeks. I think in all the years that it’s been on, only one couple actually got married. It’s a joke !!! Honestly, if there’s nothing better on television, I watch parts of the show and get a great laugh. As far as I’m… Read more »

The show makes me laugh, the girls are ridiculous it is a little too high school for me . I don’t care what you do with it .