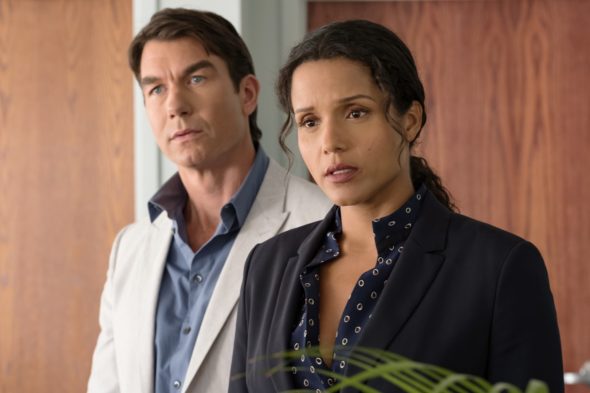 Is Harley heading back to Hollywood? Has the Carter TV show been cancelled or renewed for a second season on WGN America? The television vulture is watching all the latest cancellation and renewal news, so this page is the place to track the status of Carter season two. Bookmark it, or subscribe for the latest updates. Remember, the television vulture is watching your shows. Are you?

Because WGN stopped running original programming, in preparation for the Tribune Media sale to Sinclair, we no longer track its ratings. Since this series first aired on Bravo in Canada, whether WGNA will cancel or renew Carter for season two, depends on its (still unknown) fate in the Great White North. For now, I’ll keep an eye on things on both sides of the border and update this page with breaking developments. Subscribe for free Carter cancellation or renewal news alerts.

What do you think? Are you glad that the Carter TV show has been renewed for season two? How would you feel if Bravo Canada and WGN America had cancelled this TV show, instead?

What happened to the show? Ot is past the start date and there is nothing! Did it get canceled or what?

Carter episodes S2/ 1, 2 & 3 aired but nothing else has aired in the last few weeks. When will the rest air? Thank you.