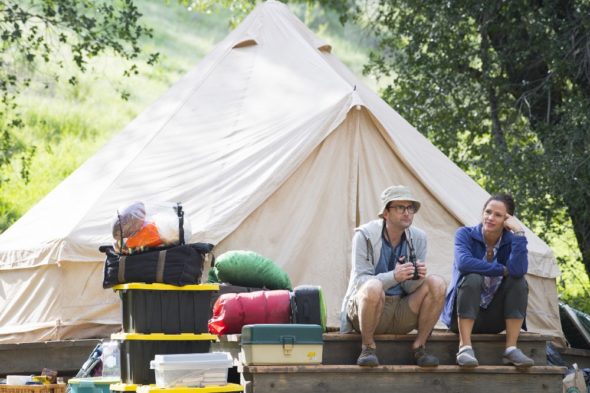 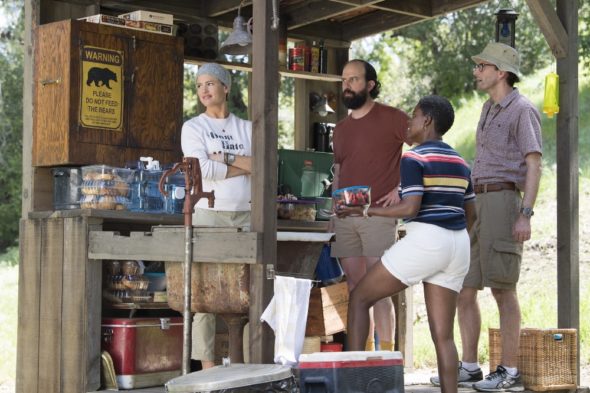 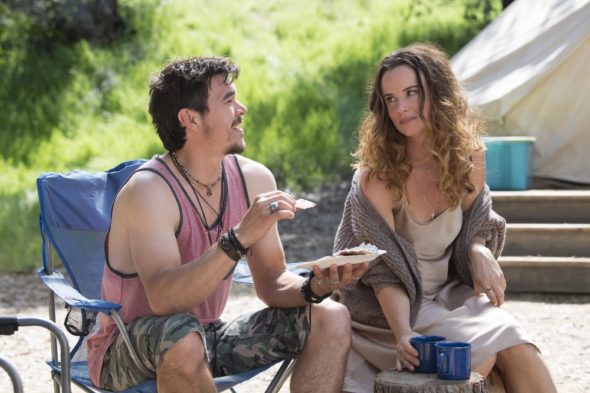 To celebrate her husband Walt’s 44th birthday, the obsessively organized and aggressively controlling Kathryn gathers together her meek sister, her holier-than-thou ex-best friend and a free-spirited tagalong — and what was supposed to be a delightful, back-to-nature camping trip quickly becomes a weekend of tested marriages and woman-on-woman crime that won’t soon be forgotten.

Starring Jennifer Garner (“Love, Simon”; Emmy® nominee and Golden Globe winner for “Alias”) and David Tennant (“Jessica Jones,” “Doctor Who”), the comedy series CAMPING launches its eight-episode season SUNDAY, OCT. 14, exclusively on HBO. The show is written and executive produced by Lena Dunham (creator and star of HBO’s “Girls”), Jenni Konner (executive producer of HBO’s “Girls”) and John Riggi, and is based on the British series of the same name created by Julia Davis and produced by Baby Cow Productions.

The show will also be available on HBO NOW, HBO GO, HBO On Demand and partners’ streaming platforms.

Kathryn McSorley-Jodell (Jennifer Garner) is a controlling LA mom who is far less cheerful than her Lululemons imply. She directs the weekend’s proceedings with an iron grip, until she’s faced with a woman who undoes all her best-laid plans. Walt (David Tennant) is an obedient husband and a loving father, the reliable lynchpin of his male social group, but below that reality lurks a subtle but growing discontent about what he’s just signed up for.

Jandice (Juliette Lewis) is a woman of many talents: a DJ, a reiki healer and a certified public accountant. Her life may seem ideal, but the reality is far less. Smack dab in the middle of a midlife crisis, the recently separated Miguel (Arturo Del Puerto) now expresses his instability through a youthful wardrobe and very strange life choices.

Carleen (Ione Skye) has spent her life in the shadows as Kathryn’s sister. Timid and terrified, she must rely on her own strange passions, such as crocheting, to get her through the lonely days. Nina-Joy (Janicza Bravo) is the friend you go to for everything: best massage, best jeans, best oatmeal. But her tension with Kathryn over a breach of confidence threatens to topple the weekend.

George (Brett Gelman) is loyal, goofy and infinitely game. He’s as obsessed with his best friend, Walt, as he is with his wife, Nina-Joy, and just under the surface of this affable boom operator simmers barely repressed rage that can stop any singalong. Harry (Bridget Everett) is the tough-talking, nature-loving queen of the campsite; her passion for her wife, Nan, is surpassed only by her passion for all other women and an assortment of arms.

What do you think? Are you a fan of adult comedies? Will you watch Camping?

Perfect! I’ll get to avoid two actors I can’t stand by staying away from just one lousy show. Win/win