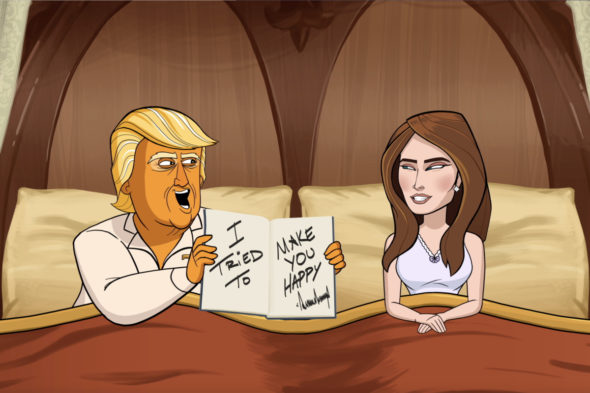 Whether Donald Trump (Bergman) is taking comfort in Fox & Friends, re-living his electoral college victory, attempting to snatch the nuclear football, or reveling in “winning” the State of the Union Address, nobody knew how busy the Oval Office could be. In addition to sending up Trump, it also skewers his family, advisers and allies, as well as his political opposition.

1/22/19 update: Showtime has renewed Our Cartoon President for a second season.