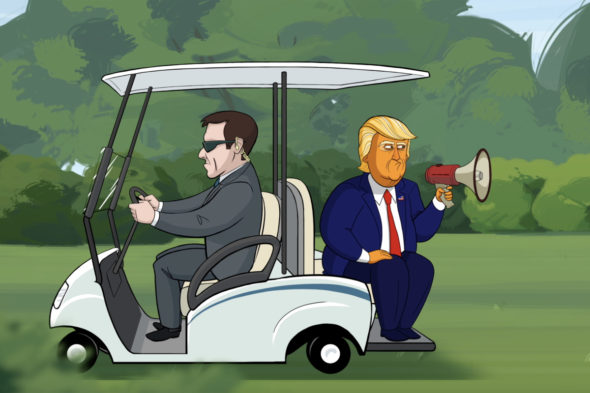 Our Cartoon President will be back for a another term. Deadline reports Showtime has renewed the TV show for a second season.

Showtime‘s renewal of Our Cartoon President is slightly surprising. The series’ first season earned fairly low ratings, averaging a .06 in the 18-49 demo and only 198,000 viewers. Still, it seems the show has found a loyal, if small, audience.

What do you think? Have you seen Our Cartoon President? Will you watch season two?

Love this show. Can’t wait for season 2. When will we be able to view?

I love Our Cartoon President! I can’t wait for the next season!

So happy The Cartoon President is renewed for a season 2. Love this show!! Provides much needed comic relief in a troubled world.

Keep them coming . Great show! What a joke that family is anyway. Should be a real easy job with so much material provided by themselves for the writers.