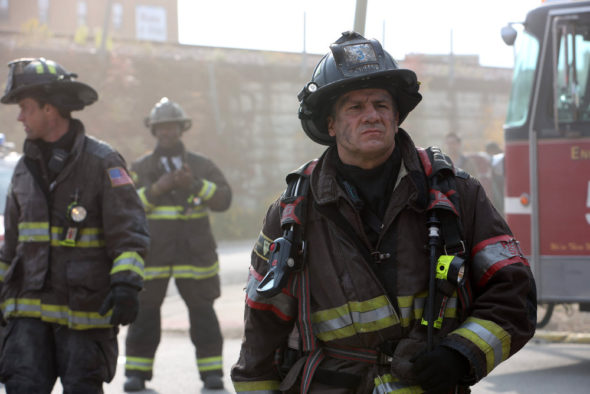 I love all three shows all actors are great. My favorite is Chicago PD, they act so real.

Love all the Chicago shows. Please keep them on

Please keep this show going. My children and I love it.

Chicago Fire Chicago Med and Chicago PD are all fabulous! Thxu to the writers and actors for keeping us entertained every week. Pls continue to renew these shows.

Chicago fire is definitely a favorite of mine. Wednesday nite is Chicago nite. I love all the shows and have never seen a “bad” one. Keep them coming.

Like all the Chicago shows, 4 minutes of commercials every 6 minutes of show

Hulu makes watching all three Chicago shows easy to watch. Just sign up for no commercials on Hulu and each show plays right after the other in a row wout commercials interrupting Yay.

It is extremely good..Love it.

Very good show and I love it!!! Good actors and acting I haven’t missed one episode since it first came on. Please don’t cancel this show there aren’t very many good ones anymore and this one is a good one and clean and so real life like. Very good story line and acting. Keep it on please and keep up the excellent work all of you.

NCIS New Orleans and NCIS LA… Keep/Love these. Cancel NCIS… Keep all the Chicagos…. PD Med Fire/LOVE these.. Keep both 911s and the Resident.

I love NCIS New Orleans, but they are canceling it and leaving NCIS Los Angeles on which is so awful to watch, not interesting at all. Please keep Magnum PI Chicago Med, Fire , and P.D. going.

Love Chicago Fire and PD especially.Please keep them going. Chicago Med too. Makes for a great night of television on Wednesday nights!