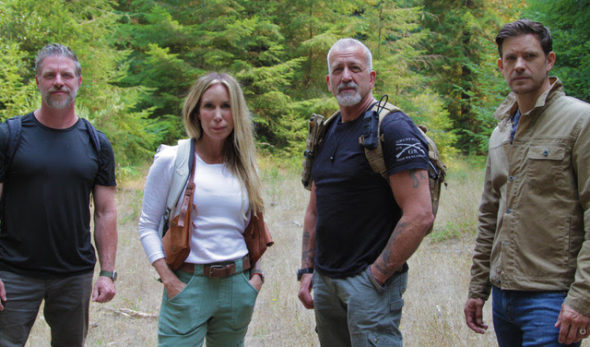 Expedition Bigfoot is returning for a third season next month. Travel Channel revealed that viewers will see an interview with world-renowned primatologist Jane Goodall and more in the upcoming season.

Travel Channel revealed more about the return of the series in a press release:

The new season kicks off with a special “New Evidence” pre-show at 9 p.m. ET/PT, looking back at their journey and including a surprising conversation with renowned primatologist Dr. Jane Goodall and Dr. Mayor and then launches into the season premiere at 10 p.m. ET/PT. The season spans 16 one-hour episodes including the pre- and post-season specials that recap all the evidence collected.

During the unprecedented on-camera interview, Goodall revealed that she has been told many unexplained stories of human-like primates from native people living in the jungles of South America and does not discount them. “Just about every country had Bigfoot sightings,” said Goodall. “And I met people that have said they have seen something like Bigfoot or Sasquatch.”

In fact, Dr Goodall believes these could be highly intelligent creatures, which would explain why no remains have been found to date, and embraces the team continuing the search.

“I approach this expedition with a healthy level of skepticism and an open mind examining all our evidence through the lens of science,”, said Mayor. “But science cannot explore closed doors and, like Jane, I believe that it’s not about proving or disproving, it’s about maintaining the curiosity and wonder of exploration that is necessary to make new discoveries. Having a giant in primatology, like Jane, say she believes they could exist and express support for our research only re-emphasizes the importance of this and invigorates our investigation,” said Mayor.

Encouraged by a notable discovery from the previous expedition, the team devises a new plan to rouse a Bigfoot from hiding and prove these elusive creatures are not a myth but a reality. In the season premiere, “Strange Returns,” the team returns to the Olympic Peninsula with a new plan to draw out Bigfoot by releasing primate pheromones via a specially modified drone. But after LeBlanc and Mayor see something watching them from above, and Accord is blindsided by a nighttime visitor, it becomes clear – the hunters are now the hunted.”

What do you think? Are you excited to see the return of Expedition Bigfoot on the Travel Channel?

I’m pleased about this. Not that I’m a fan of the idea of bigfoot but at least there appears to be some scientific objectivity in this one rather than just fake nonsense and speculation dressed up as fact.
Though I must admit I’ve known Mireya for , wow, many, many years. Good to see her going strong and working hard as well as being a hardworking mom.