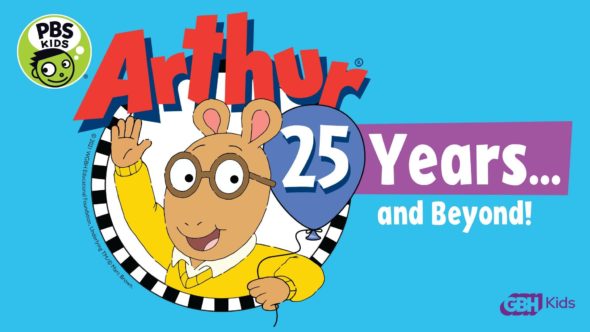 The Arthur TV show has just ended after 25 seasons on PBS, but viewers could see more of the character and his friends in the future. Marc Brown, the creator of the popular books and cartoon series is looking ahead, and a feature film for Arthur is a possibility.

Brown said the following about the possibility of more of the PBS cartoon, per THR:

“My son Tolon has been a producer on the show almost since it started, and he’s working with me, as Peter Hirsch is, on this new show Hop. But he had this idea several years ago about wouldn’t it be interesting to do a live-action version of Arthur. I couldn’t wrap my head around it completely, but it’s an intriguing thought. There might be a feature film in the works soon, too, about Arthur. I’m so excited. (Laughs.) There was one maybe 15 years ago, and the right people weren’t coming together, so I pulled the plug on it. But now, we’ve got a great idea. I think it’s going to be intriguing for kids. It’s going to be helpful to kids. The subject matter is very timely, and maybe there is even a really interesting person involved… I mean, if I could pick one person I would love to be a part of this project, it might be John Legend.”

The Arthur TV series wrapped up with a 20-year flash-forward to show Arthur Read and his friends all grown up. As an adult, Arthur has just received a copy of his first graphic novel, one that tells the same story that viewers saw in the show’s first episode.  Some, including John Legend’s wife, Chrissy Teigen, have joked that Legend looks a bit like Arthur. The couple had fun with the comparison in a 2018 commercial.

Thanks to #GoogleDuo, my stylist is always on-call. #ad pic.twitter.com/UqrysVpBYC

What do you think? Do you want to see more of Arthur?

Sound like good news making movie to end era preschool classic of 1990’s our childhood memories never be same without it.