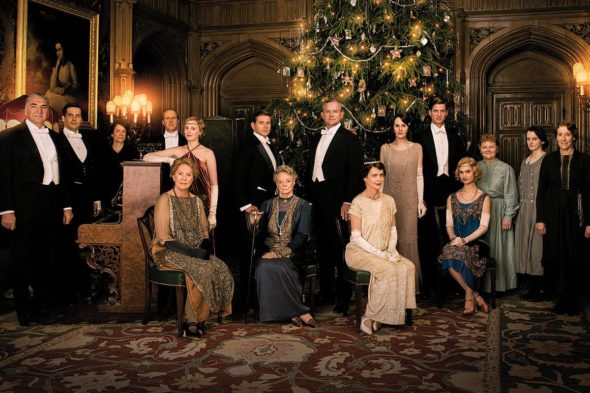 Downton Abbey is returning to the big screen. The PBS series, which follows the aristocratic Crawley family and their servants, is getting a feature film sequel. Production on the film started last week, and it is now known that the original cast of the historical drama is returning for the film sequel, per Variety.

Gareth Neame said the following about the return of Downton Abbey:

“After a very challenging year with so many of us separated from family and friends, it is a huge comfort to think that better times are ahead and that next Christmas we will be reunited with the much beloved characters of Downton Abbey.”

The feature film will arrive in theaters on December 22, 2021.

What do you think? Did you watch Downton Abbey on PBS? Do you plan to check out the feature film later this year?

Very excited! Fan of the series and cast!

Thank goodness there will be a sequel- enjoyed the movie. Loved the series- will look forward to seeing all of them.

Watched the whole series but haven’t seen the movie. Disabled so I only get out to doctor appointments.

Yes we did, it was so interesting.

Yes my family can’t wait to see it (even my husband!!) Will love to see how these characters lives progressed!

I loved the series and the first film. Unfortunately unless the idiotic mask rules are revoked, I won’t get to see this on the big screen. I have claustrophobia issues and cannot wear a face rag. I will look forward to the Blu Ray release.