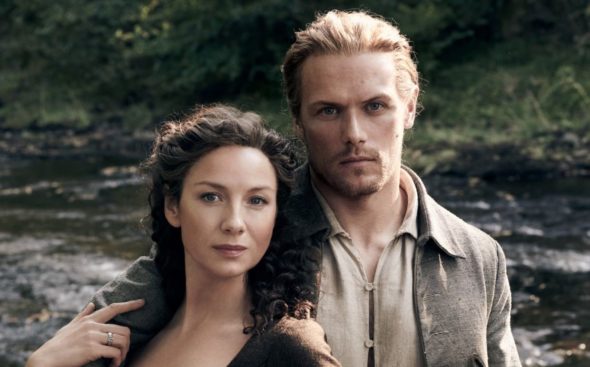 Outlander is returning for its sixth season on Sunday and, per Variety, a possible prequel series is currently in development.

No details about the potential prequel series have been released, but Matthew B. Roberts – executive producer and showrunner of Outlander – is set to write and executive produce the prequel. A writers’ room is currently being assembled and work is expected to begin on the project in the upcoming weeks.

The Outlander TV series is based on the novel series by Diana Gabaldon. In a recent Facebook post, Gabaldon noted that she continues to work on a prequel novel about Ellen MacKenzie and Brian Fraser, the parents of Jamie. Gabaldon previously published a prequel novella that focuses on a young Jamie and Ian Murray in 1740s France.

Outlander returns to Starz on March 6th. There are just eight episodes in season six but the show has already been renewed for a seventh season of 16 episodes. It’s not known yet if the drama has a future beyond that.

What do you think? Are you excited about the return of Outlander on Starz? Do you want to see a prequel to the drama?

This series is about Claire, what we really want to know is her family tree and how and when her ancestors gained the phenotype to time travel! No other prequel has any real relevance.

Great news of another series, but looking forward to Sunday first. A prequel would be interesting, strange but interesting.

How can there be a prequel when Claire and Jamie meeting is the story? Wonder if it will be based on Claire’s war years and marriage to Frank or Jamie’s time in prison. For me, I see no reason for either of those but it doesn’t mean I won’t check it out no matter what the premise is!!

It’s going to be based on the prequel book, about when Jamie and Ian were fighting together in France and about Jamie’s parents

I will be happy to hear or read anything about the outlander saga. The characters are so rich. There are so many stories to be told. I can’t wait for more!