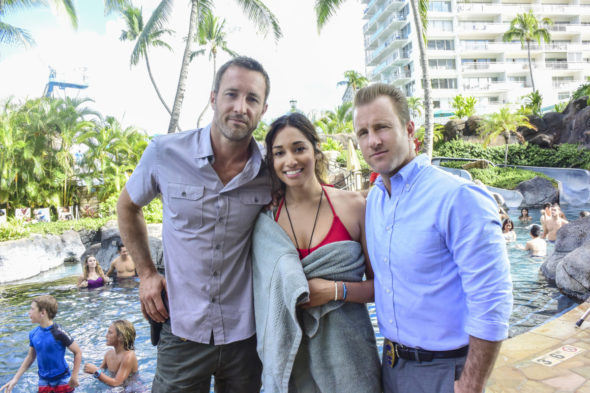 Are McGarrett and the team still doing their best to rid the Aloha State of its criminal element, in the eighth of the Hawaii Five-0 TV show on CBS? As we all know, the Nielsen ratings typically play a big role in determining whether a TV show like Hawaii Five-0 is cancelled or renewed for season nine. Unfortunately, most of us do not live in Nielsen households. Because many viewers feel frustration when their viewing habits and opinions aren’t considered, we’d like to offer you the chance to rate all the season eight episodes of Hawaii Five-0 for us here.

What do you think? Which season eight episodes of the Hawaii Five-0 TV series do you rate as wonderful, terrible, or somewhere between? Should CBS cancel or renew Hawaii Five-0   for a ninth season? Don’t forget to vote, and share your thoughts, below.

A great show,keep it going

Please Keep Hawaii Five – 0 and Never Cancel the show. It is one of the Best shows on TV! My wife and I Love this show and will always watch it. Thank you for Keeping Hawaii Five – 0 on!

great show definitly renew, megan rath is so much better than grace park