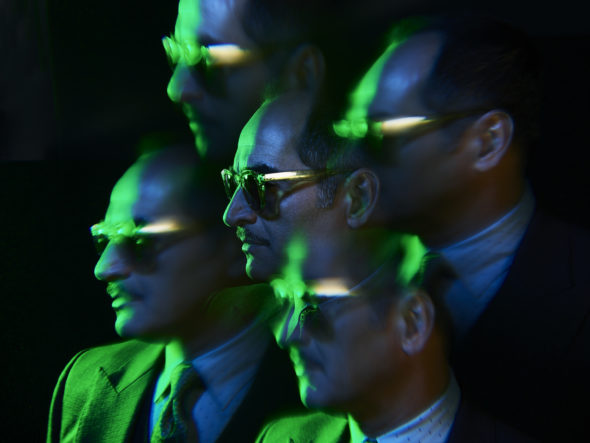 The second season of Legion averaged a 0.19 rating in the 18-49 demographic and 430,000 viewers. Compared to season one, that’s down by 58% and 55%, respectively. Find out how Legion stacks up against the other FX TV shows.

Will FX cancel or renew Legion for season three? The ratings are still way down but, right now, I think it will score a third season. FX is relatively patient with its dramas, and Legion is its first Marvel project. Since that’s just speculation, I’ll keep a hungry eye on the Nielsens and update this page with breaking developments. Subscribe for free Legion cancellation or renewal alerts.

What do you think? Are you glad that the Legion TV show has been renewed for a third season? How would you feel if FX had cancelled this TV series, instead?

I watched the first to episodes of season 1. I could not make head or tails of it. It was mind numbingly Stupid. Nothing made any sense whatsoever, and I don’t need to spoon fed either.
When something is bad, it’s just bad!

It has got to be renewed. I love this show. I have watched every episode multiple times and purchased season 1. I can’t even remember the last time I bought a whole season. Not since Firefly. The soundtrack is spectacular and love the acid trip style. FX needs to put there faith in it. I have advised many people to watch and the next day they have thanked me for introducing this show. A note to the advertisers…. present this show in a manner that it is not like the typical brain dead spoon fed dialogue that we have seen… Read more »

The rumor is that this will be the final season–an extra episode was added to apparently tie all the loose ends up. This is a shame. I’m not a Marvel fan, but Legion has been amazing with brilliant writing and cinematography. The people that decry the show as stupid must require spoon-feeding of their stories. Legion was great because it was so nuanced and layered. You could spend time piecing things together yourself. It’s a shame people don’t spend more time appreciating art and allowing themselves the privilege to think for themselves. Why do you want to be told what… Read more »