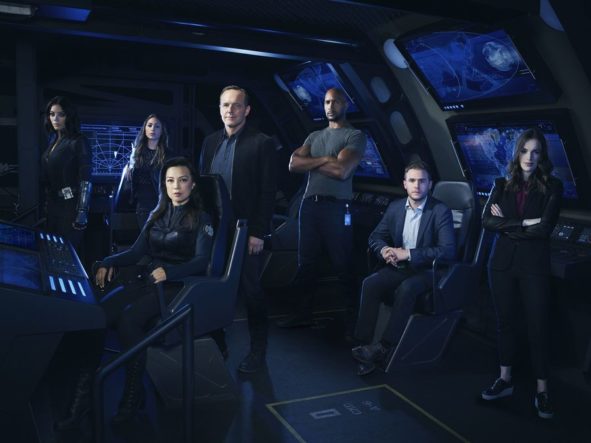 Is this team’s battle for survival nearly over? Has the Marvel’s Agents of SHIELD TV show been cancelled or renewed for a fifth season on ABC? The television vulture is watching for the latest cancellation and renewal news, so this page is a dedicated place to track the status of Marvel’s Agents of SHIELD, season five. You can bookmark this page or subscribe for the latest updates. Remember, the television vulture is watching your shows. Are you?

Airing on the ABC television network, Marvel’s Agents of SHIELD picks up with the organization no longer needing to operate in the shadows with the world presuming that Phil Coulson (Clark Gregg) is dead. As a result, a new Director (Jason O’Mara) is named and Coulson is teamed with Alphonso “Mack” Mackenzie (Henry Simmons) to track down and confirm the presence of Inhumans. The rest of the cast includes Ming-Na Wen, Chloe Bennet, Iain De Caestecker, Elizabeth Henstridge, John Hannah, and Gabriel Luna.

What do you think? Were you hoping that the Marvel’s Agents of SHIELD TV show would be renewed for a fifth season? Would you have been upset if ABC had cancelled the series instead?

Yes, I would have liked to see a fifth series, but either way, I would Iike to know if the series is being cancelled or not please.

Well, I hope there is a Season 5. I watch this show so many times and I’m obsessed with it. I’ll watch it on tv that day it comes on and then again on my Hulu account. I’m not sure why the ratings went down but I hope that don’t effect the next season. This show amazing not sure why people would stop watching it at all tbh. I could never figure out what’s going to happen next so it’s not predictable. I’m ready to see what’s going to happen next and where is coulson.