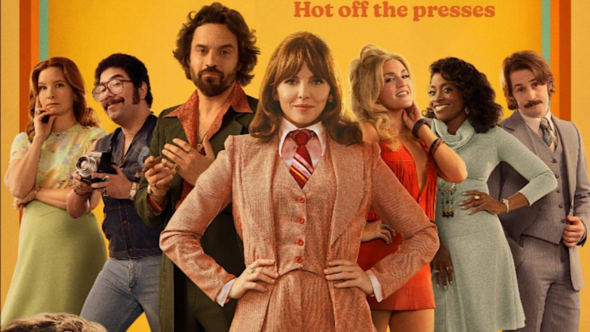 HBO Max revealed more about the renewal in a press release.

“HBO Max has renewed the comedy series MINX for a second season. The first season, from creator and showrunner Ellen Rapoport, Feigco Entertainment and Lionsgate Television, debuted in March on HBO Max and topped Esquire’s list of “Best TV Shows of 2022 (Thus Far).” All ten episodes are available on HBO Max.

IndieWire praised MINX as a “savvy workplace comedy,” while Rolling Stone hailed it as “exceedingly charming” and The Hollywood Reporter highlighted its “flawless cast chemistry and snappy writing.”

Ellen Rapoport, the executive producer of the series, said the following about the series:

“All of us at Minx have been blown away by the passionate response from audiences across the world, who have mashed-up, TikTok-ed and fanfic-ed us into a renewal. We are so grateful to our partners at HBO Max and Lionsgate for being true champions of the show, and for the opportunity to continue on this journey. Here’s to more chest hair, pussy bow blouses and tasteful nudes in Season 2.”

“We are thrilled that the world of MINX has resonated in the way that it has. Showrunner and creator Ellen Rapoport, alongside the rest of our gifted creative team, masterfully deliver nuanced humor, with the cast executing her vision seamlessly. We can’t wait for fans to see what medicine Doug and Joyce hide in peanut butter for season two!”

“Size does matter and we are excited to have our partners at a huge platform like HBO Max extend MINX for a second season. The creative team led by Ellen Rapoport and the extraordinary cast have created a gem in season one, and we look forward to exposing the acclaimed show’s fans to more fun and incredibly original storytelling.”

What do you think? Are you a fan of Minx? Do you plan to watch season two on HBO Max when it arrives?