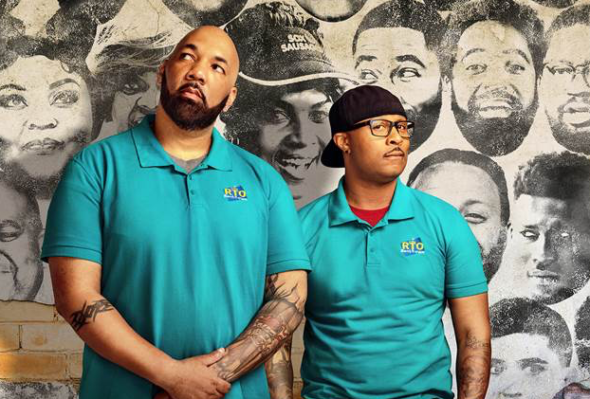 South Side is returning for a third season on HBO Max. The streaming service has announced the renewal of the comedy series, which aired its second season in November 2021. Starring Bashir Salahuddin, Sultan Salahuddin, Kareme Young, Quincy Young, Chandra Russell, Zuri Salahuddin, Nefetari Spencer, and Diallo Riddle, the comedy follows two friends as they try to make it after graduating from a community college.

HBO Max revealed the following about the plot of the series:

“SOUTH SIDE follows two friends who just graduated from community college and are ready to take over the world, but until they do, they’re stuck working at Rent-T-Own. Shot on location in Chicago’s Englewood neighborhood, the show offers an authentic look into what life on the South Side is all about.”

Bashir Salahuddin and Diallo Riddle, creators of the series, said the following about the renewal:

“We are blessed. We get to make a show starring our family and friends about a city we love. South Side finds joy in the extraordinary adventures of ordinary folks. We challenge ourselves to make every episode a unique and unexpected journey. We have no clue where our characters will find themselves in season three and we couldn’t be more excited to find out.”

“To be able to bring this world and these characters to life has been a true joy. A lot of people say that South Side is about the American dream, and the stories that Bashir and Diallo have crafted completely embody that dream with both razor-sharp humor and refreshing cultural commentary. I think I speak for everyone here at HBO Max when I say, ‘it’s time for the percolator.’”

What do you think? Have you watched this show? Are you excited to see a third season of South Side on HBO Max?

So glad there is going to be more! My brother hipped me to this show recently. Binging all of it today/now. If you like The Office,Always Sunny,Friday movies,and Black Jesus, this is for you. Ok,this is Black Seinfeld.

Good news! This show doesn’t seem to have as much buzz as other HBO Max comedies like The Other Two or The Sex Lives of College Girls, so I’m glad it was renewed.