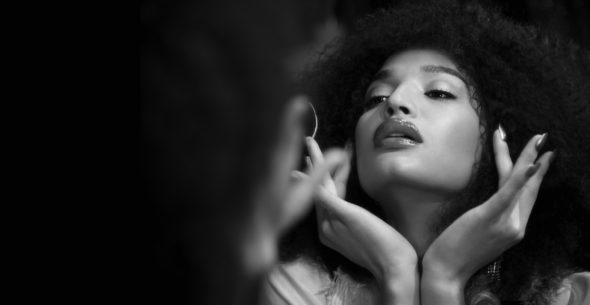 TV show description:
From co-creators Ryan Murphy, Brad Falchuk, and Steven Canals, the Pose TV show is a musical dance drama. It features the largest cast of transgender actors in series regular roles, as well as the largest recurring cast of LGBTQ actors in a scripted drama. It revolves around several segments of society in New York City in the 1980s — ball subculture, Trump-era excess, and the downtown social and literary scenes, as it explores people on various walks of life.

A hard-working family man, Stan Bowes (Peters) has been a good provider for his wife, Patty (Mara), and their two young children. It is through a professional opportunity that Stan first finds himself adrift in a whole, new, superficial world. Longing for authenticity, he soon begins a relationship with Angel (Moore).

Angel is a pretty Puerto Rican prostitute with a big heart and big dreams. She didn’t intend to fall in love with a customer, then Stan came along.

For her part, Patty has always devoted herself to family and friends alike and values nothing more than protecting those she loves. After Stan takes a new job, she feels the distance between them and worries that he is having an affair.

Stan works with the salacious Matt Bromley (Van Der Beek), who never shies from overindulgence. Once Matt finds out Stan is having an affair with Angel, he puts the moves on Patty.

Then there is Blanca Rodriguez (Rodriguez). After receiving a difficult diagnosis, she decides to leave the “house” run by Elektra Abundance (Jackson), and form a house of her own — a place for chosen “family” to support and protect young people who have been rejected by their families. It is not long before Blanca finds herself battling Elektra in the ballroom.

Elektra is the current queen of the ballroom scene. Although she is a seemingly self-confident house mother, she longs to have sex-reassignment surgery, but fears how it will affect her relationships.

Blanca isn’t the only person who wasn’t satisfied in the house. Elektra’s lieutenant, Lulu Abundance (Sahar), is also looking for her own chance to shine. Lulu is much more reserved than the brash Candy Abundance (Ross), who is better at masking her insecurities than shedding them.

Meanwhile, Pray Tell (Porter) is the honorary grandfather to all of the children who compete in house balls. This skilled fashion designer, who wants his own clothing line and boutique, supports Blanca as she establishes her house.

Blanca recruits Damon (Swain) for her house. This aspiring dancer was kicked out of his family’s Allentown, PA home because he’s gay. Now he’s trying to make it as a dancer, but his path is riddled with obstacles.

Damon catches the eye of Helena St. Rogers (Woodard), an acclaimed dance teacher who knows talent when she sees it. Damon also meets Ricky (Burnside), a street kid who has done whatever he had to do to survive.

Providing comic relief is Lil Pap (Curiel). Although this orphan has had a hard life, he’s always ready to bring on the laughter. He is not, however, inclined to be careful.

These house members compete in the balls — to be judged on their outfits, attitude, and dance skills. From ball subculture to Trump-era excess, and the downtown social and literary scenes, the series explores people on various walks of life, in 1980s New York City.

Series Finale:
Episode #36 — Series Finale (Part II)
When Blanca discovers an HIV clinical trial is denying access to people of color she joins ACT UP in an effort to get Pray Tell the medication.
First aired: June 6, 2021.

What do you think? Do you like the Pose TV series? Should this FX TV show have been renewed for a fourth season?

I LOVE Pose!! I look forward to watching it weekly. I want the show to continue. I like the story script, the actors are fabulous and the costumes are tres chic!! Keep up the great artistic work!

Pose is extraordinary. All of these items are wonderful: the characters, the acting, the costumes, the Balls, the stories, the music, the dancing. The content is excellent too – a good reminder about HIV and the struggles of the people who came before us. I am a white straight female, 60+ years of age, so I do not think I am the demographic but I am sharing this series with all of my friends. I strongly hope this show gets renewed.

THANKS FOR YOUR INPUT- I’M 78 FEMALE AND ALL FOR THIS PROGRAM ALSO!

I ABSOLUTELY ADORE this show!! The story lines for each character are amazing ans soo heartfelt. And all the glitz and glamour of the balls don’t overshadow the love and growing pains that are happening in the LGBTQ community during that era. I enjoy the family aspect of the show. I watch episodes over and over again. POSE truly warms my heart.

I absolutely Love this show It’s Glamour, Drama, and Fashion all in one, It’s a Show that I drop what I am doing to watch and I got my friends hooked on it to.

This is a Glamour and amazing show, it is a show that I drop what I am doing just to watch it and I got my friends hooked on it. I Love Love POSE!!!!

What an amazing show. This definitely has to be renewed. It’s an important and (in my opinion) very well done representation of an era that should NOT be forgotten. So well written and I’m loving the character development. Probably Ryan Murphy’s finest and most touching work so far.

I am absolutely in love with Pose!

Great series ! It takes us back to the desperate 80’s where the gay community was struggling with acceptance, finding its place in society, beginning to merge itself into a force to be reckoned with while facing the horrors of an epidemic that took so many lives – in a word, at time none of us would wish to live over again. Pose should be renewed. It has so much more to tell us.

Love this show! It opens everyone up to the culture….we see the struggles and the victories. It’s very entertaining and has really good storylines for each episode. Looking forward to the next season since I have fallen in love with actors and actresses.

Great portrayal of culture not well known. Great insight into transgender life and challenges.
Should be renewed.

I hope there will be more seasons of Pose. My mother, grandmother and daughter and husbands love this show. It’s so important to bring understanding to everyone

My daughter and I love the show. I have been interested in the NY underground dancing. Madonna did a song called” Strike a Pose” in the 80’s. She also did a mini film about the people she met while do research for her song. They were very colorful and amazing.

I absolutely love the show and have only watched the pilot.The chemistry between Angel and Evan is so good. Cannot wait until the next show. My daughter loves it to.