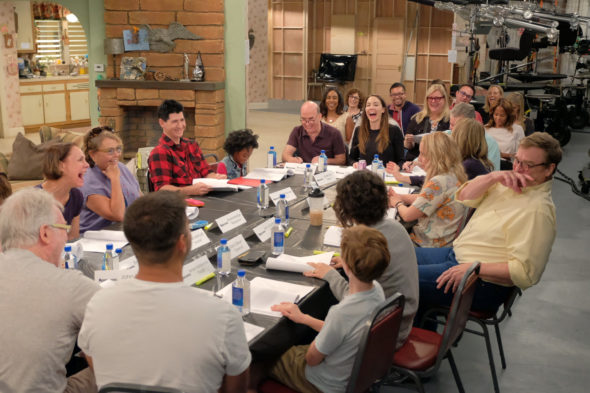 The cast and crew of the Roseanne TV show revival at their first season 10 table read for ABC (ABC / Adam Rose).

Move over Hecks and Huangs. The Conners are back, and they’re taking your timeslots. Although the news isn’t yet posted to the press site, ABC has set the premiere date for the upcoming 10th season of Roseanne. The Roseanne TV show revival debuts on Tuesday, March 27, 2018 at 8:00pm. Watch a teaser, below.

What do you think? Do you plan to check out the Roseanne TV series revival? Do you think it will pair well with the final season of The Middle on ABC? Let us know, below.

We can’t wait! I hope it is the same flavour.
Noention on who will play Mark, though…