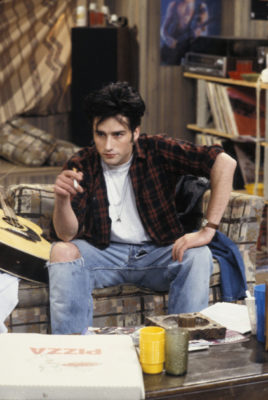 Roseanne is paying tribute to one of its original stars. TVLine reports the upcoming ABC reboot has cast a new character in honor of the late Glenn Quinn.

In honor of Quinn, who passed away in 2002, the creators have named Darlene and David’s son Mark. The eight-year-old will be played by Ames McNamara.

ABC‘s Roseanne revival is expected to debut in 2018.

What do you think? Are you a fan of Roseanne? Are you excited for the revival?

Yes I can’t wait for the Rosanne revival! I used to watch all the episodes from when it started to the last one. I am so excited!

I am a die hard Rosanne fan. For 7 seasons it was great…part of season 8 and half of 9 was stupid, but hopefully when it returns it will show what this cast is capable of.

Although I love this guy and hate he left us too soon…I think it’s pretty trashing of ABC to take off Last Man Standing and putting big mouth nasty talking n acting lady. I have blocked ABC from my remote and refuse to watch it. I will wait for the only other show I watched Lucifer come out on DVD. Y’all are bigots!!!

Or you can watch it on Netflix…

Get over it..Last Man Standing was an ok show, but it had run it’s course. The average life of a sitcom is around 8 years then they start going down hill, be glad LMS left on a good note.